The fight goes on and on…. 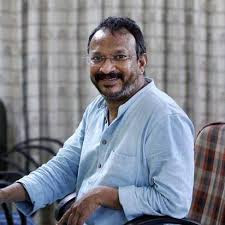 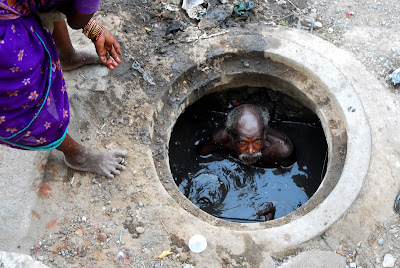 On a recent visit to Kochi, Bezwada Wilson, who won the Magsaysay Award for his work on behalf of scavengers, talks about the relentless battle to stop the practice

Seven-year-old Bezwada Wilson was running through the centre of the field. The winger gave a pass to him and he kicked the ball hard. It sped past the goalkeeper into the net. As he raised his hands in joy, the boys shouted, ‘Thoti has scored a goal.” Then they all laughed at Wilson. At his home in the Kolar Goldfields in Karnataka, he asked his parents about the meaning of the word. They waved their hands and said, “It is not important. Just forget about it.”

But Wilson couldn’t. It was only later that he came to know the word meant scavenger. It shattered him when he realised his parents were scavengers and he belonged to a Scheduled Caste community whose members have been scavengers for decades. “I developed an inferiority complex,” says Wilson. “I realised I am not like others.”

Wilson had come to Kochi recently to give a talk at the Kerala High Court titled, ‘Manual Scavenging and the law: challenges in the implementation of the law’.

It was in Class 12 that he decided to devote his life to stopping this practice. And in 1993, along with an IAS officer, SR Shankaran, Wilson set up the NGO, Safai Karmachari Andolan (SKA). “I felt bad that many people had accepted their fate meekly,” he says. “I tell the volunteers to instil a fighting spirit.”

So what does the job of scavenging entail? In many states of North India, like Uttar Pradesh, Madhya Pradesh, Bihar, Gujarat, Rajasthan and Jammu and Kashmir, they have dry latrines. People just defecate on to a bucket. The scavenger has to go to the side of the house, pull the bucket out, transfer the waste to another bucket and take it to the outskirts of the town or city and dispose of it. But they are paid as low as Rs 30 per month from every house. If the scavenger puts a plate nearby, the people throw chappatis on it.

In South India, they are mostly involved in the cleaning of waste from sewage drains. They go into roadside drains but because of certain gases which they inhale, they die. “They don’t wear any protective gear,” says Wilson, who is a Senior Fellow at the Ashoka Foundation. “This type of work is highest in Tamil Nadu, while in Kerala, it is much less. The scavengers feel they are living in a rotten society and there is little scope of getting freedom from this type of work.”

Wilson’s life changed when he won the 2016 Ramon Magsaysay Award. A part of the citation states: ‘Bezwada Wilson has spent 32 years on his crusade, leading not only with a sense of moral outrage but also with remarkable skills in mass organising, and working within India’s complex legal system. The SKA has grown into a network of 7,000 members in 500 districts across the country. Of the estimated 600,000 scavengers in India, SKA has liberated around 300,000.’

In his reply at the awards ceremony, Wilson said, “Sadly, this form of oppression, equivalent to slavery, continues in modern India. My tears of joy are mixed with tears of grief and regret -- thousands of my people have died and are dying in the soak pits. Millions more have succumbed to incurable diseases; their kith and kin live in squalor, with little or no opportunities to improve their lives. But my people have also demonstrated their power of resilience.”

After the win, society’s attitude changed. People started realising that scavenging is a big problem and there is a need to show solidarity. So, if Wilson calls a meeting a lot of people who are not scavengers will come and offer support. “They have become more aware of what is happening.” he says. “And the authorities have started looking into the issue. But mostly, they are in denial mode, despite showing photos and videos.”

On January 9, officials of the central ministry of social justice at the centre sent some data, given by Wilson, to the state governments in North India. But the officials in UP and Bihar said there were no dry latrines anywhere in their states.

“Of course, this is not true. So, we are facing an uphill battle,” says Wilson. “But we have to carry on fighting. We cannot give up.”