Questions at a funeral 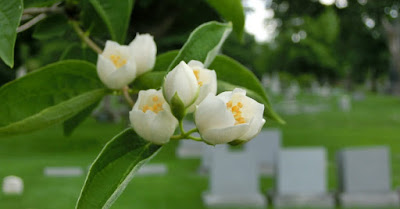 Five years ago, when Rita Thomas died, at the age of 82, it was her daughter-in-law, Liza who rushed about ensuring that there was a scarf on the head, the saree was white and crisp, and the socks were placed properly on the feet. She also ensured that her mother-in-law clasped a small wooden crucifix in her gloved hands.

The body was placed in an air-conditioned coffin at their home at Kochi. People trooped into the living room. Prayers were said; a few shed tears; there was the singing of a hymn. Later, a priest, wearing a white cassock, said a prayer in a sombre voice. A widow, Rita had seven children: three boys and four girls. Now they had all married and the family had grown large. But Rita lived with her son James, Liza and their two children.

On January 20, this year, another body was placed in the living room. This time, to the shock of many, it was Liza who was in the coffin. A victim of cancer, her last few months had been painful and hard. Now, at 58, God had taken her. Her two children, a boy and a girl, both married, were bereft. Liza’s eight-year-old granddaughter, Anna was deeply affected. To console her, James said, “Ammama is sleeping.” Anna shook her head and said, “No, she is gone.” James nodded and said, “Permanently.” And the word hung in the air.

As Liza was lowered into the grave, one could not help but wonder: where do the dead go? How far away is the place where spirits reside? Could it be ten or 100 million kilometres away? How long does it take to reach there? Is it in the blink of an eye? And without a body, are the dead like morning mist? Will they be able to recognise their relatives, friends and...why not… enemies? How do they talk without a tongue?

And how do they pass the time, without the preoccupations of work, books, films, music, art, and stimulating conversations with friends in coffee shops? Without a body, how can a man appreciate the beauty of a woman? Does flirting take place? And what about the bad people of history like the dictators Adolf Hitler and Joseph Stalin? Can the good see the bad? Or do they go to a different place, like, maybe, a black hole?

All these questions swirled around in the mind, as the coffin containing Liza was laid to rest in the six-feet deep hole. Soon, two gravediggers, using spades, began shovelling mud onto the coffin…

(Published as a middle in New Indian Express, South Indian editions)
at January 31, 2020