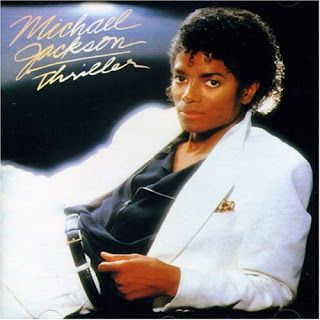 Music and news televisions channels and the print media had been relentlessly ringing Usha Uthup up ever since the news broke out about singer Michael Jackson’s death. Usha, always fluent and expressive, spoke to the New Indian Express on the move: while travelling in her car in Kolkata from her home to the recording studio

Was Michael Jackson’s death a big shock for you?
I was devastated by the news. It was too much. He was the person whom [music composer] Quincy Jones said was the ‘consummate entertainer’. Whether it was song writing or composing or dancing or putting up a show, he could do everything brilliantly.


Did he influence you in any way?
He influenced me completely. I cannot imagine there is any musician in the world today who has not been touched by Michael. He inspires me even today. When I do a song for a cause, whether it was for the tsunami victims or for those affected by the ‘Aila’ cyclone in West Bengal, my reference point has always been Michael’s, ‘We are the world,’ or the ‘Earth’ song’.

Have you sung any Michael’s songs?
In 1980 I was the first Indian artiste to sing the Hindi version of his world famous, by now, legendary song, ‘Don’t stop till you get enough’. He was the first black artiste who had the ability to sing about racial issues and bring it to the forefront.

Did you enjoy watching the videos?
Yes, they were unbelievable, like ‘Black or White’ and ‘Billie Jean’. He was so powerful, yet so fragile on stage. There was something very innocent about him, which touched my heart. I can never forget the sadness in his eyes.

He had a big impact on the MTV generation?
I don’t agree with that. I feel he was a big influence on musicians in India long before MTV or the electronic media became so big. From the time he played as a member of the Jackson 5, to his first solo album, ‘Off The Wall’, in 1979, to ‘Thriller’ in 1982, we listened to him avidly. Then, when we started seeing the videos -- the stunning images and the powerful singing were an unbeatable combination.

Were you saddened by the child molestation charges?
I never believed he was a child molester and will not believe it now.
Yes, I was saddened by the numerous plastic surgeries he had done, but that has never taken away my love, admiration and awe of his work.