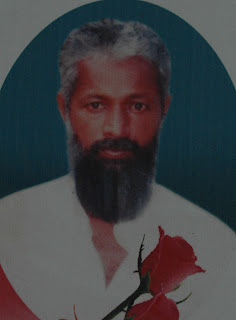 When the ‘I Witness’ Sunday magazine was planning a cover story on the grave-diggers of three faiths, I decided to get in touch with N.K. Mohandas, who worked in the Ravipuram crematorium at Kochi. When I called his mobile phone, a voice message said the number was ‘temporarily out of service’. So I called his assistant, Ajith, and received the astonishing news that Mohandas had passed away on August 14, 2008. He was only 48.

Immediately I recalled my meeting with him two years ago. We had sat on a cemented platform under a tree with overhanging branches. Since there were no cremations that day, Mohandas was in a relaxed mood and spoke easily.

"My father did this job for 30 years as a salaried worker of the Cochin Corporation," he said. "When he died in July, 1994, I decided to take up the job."

It was not an easy occupation. The constant stress of dealing with the dead resulted in Mohandas drinking hard. A father of four, Mohandas told me that when he sat down for a meal, sometimes, the image of a dead child would appear in his mind. “I would feel very sad and could not eat after that,” he says.

P.K. Ramachandran, of the Kerala Brahmana Sabha, had interacted with Mohandas for several years. “Mohandas was very sincere in his work,” he says. “You could call him at any time of the day or the night and he would be ready to do a cremation.”

Another quality of Mohandas was that he never quibbled about payment. “Whatever money was given to him he would accept with a smile,” he says.

Ramachandran was with Mohandas on his last day. The father of a Pullepady-based businessman had been brought for a cremation. “Mohandas went about his work with his usual dedication,” says Ramachandran. After the pyre was lit, it took two and a half hours for the body to turn to ashes. Mohandas waited patiently.

It was 1 p.m. when the work was over. Then Ramachandran bid goodbye to Mohandas and went home. Two hours later, there was a call. “Mohandas had a heart attack,” said Ajith. “He has passed away.”

Ramachandran was stunned by the suddenness of it all. The body was brought to the same Ravipuram crematorium where Mohandas had himself cremated around 5000 people over the years. His friends arranged for a dignified cremation. There was a large crowd present.

For me, it was a poignant feeling. On that sunny, tranquil evening when Mohandas pondered over death and the difficulties of his job, neither he nor I could have imagined that he would be gone within a year.

Death roams around the living like an invisible spirit. And who is going to die next, only it knows, leaving all of us to live with the mixed emotions of terror and sadness.