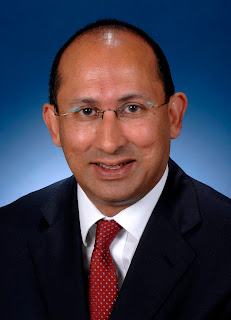 Why is there a sudden spurt of attacks on Indians? Who is to blame?
There is no excuse for the crimes suffered by Indians in our community. And
such acts have been condemned by the Australian community and leaders. But it is important to recognise some of the underlying dynamics of the issue.

What is that?
The Indian student population in Australia has grown very quickly in recent years to almost 1,00,000. The vast majority have a good experience in Australia. Many choose to stay on to build a life for themselves and their families. They are hard-working and welcome additions to our diverse, multicultural society.

If that is so, why are the students being attacked?
Crime is never easy to dissect. But Australia is a relatively safe place, with homicide and assault rates well below the global average. But it is important to recognise that some students come to Australia under heavy financial stress and choose to take better-paid late-night work, and to live in cheaper suburbs.

There are, unfortunately, risks involved in such work. That is why we encourage students to bring sufficient funds to Australia so they can avoid some of the higher-risk professions.

The Australian government says the attacks are not all racist in origin. The Indian government says otherwise. What is the truth?
Right from the beginning, Australian authorities have acknowledged that some of the incidents appear to be racial in motivation - and have condemned such acts.

The then Australian High commissioner to India, John McCarthy, stressed this in numerous interviews. And since taking over as High Commissioner, in September, 2009, I have repeated this.

So, does that mean the attacks are racist in origin?
Not all attacks. It is important to differentiate between different acts of crime. Some appear to have been racist in motivation, most have not. Unfortunately, Indians, like all other groups, are victims of urban crime that afflicts all international cities. Undesirable and regrettable; yes. Automatically racist; no.

Australia has a zero-tolerance approach to racism. Modern Australia has been built on multiculturalism and immigration from all corners from the globe. In such a society there is no place for racism.

Firstly, Australia is a welcoming and safe place to study. But we concur with the Indian government's advice to students: prepare well, do your research before you come, take precautions to stay safe. Be assured that support structures are in place if you need assistance.

And a less formal piece of advice - take an interest in Australia. While Australia and India share many common values, Australia is a different society. Make an effort to understand 'what makes Australians tick'.