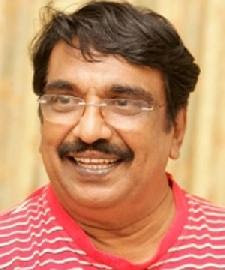 That's actor Cochin Haneefa for you. He died of a liver ailment in Chennai a few days ago

A couple of years ago I was doing a column about the childhood memories of celebrities for the Kochi Expresso supplement. And one of the people I met, along with photographer Rajeev Prasad, was Cochin Haneefa. He lived in a simple house at Pullepady, Kochi, near the St. Augustine’s school. The moment I rang the bell, and he opened the door, he was a mesmerising host.

Firstly, he and his wife laid out a feast for us. There were cakes, jilebis, potato chips, cashew nuts, halwa, and piping hot coffee. Used to just a cup of tea at the homes of celebrities, with their puffed-up egos and unsubtle attitude – ‘Consider yourself lucky you are meeting me’ - this was a shock.

Cochin Haneefa had just returned from Pondicherry following a strenuous shoot for Shankar's 'Enthiran – The Robot'. He folded his legs on the sofa and began talking, his eyes twinkling all the time. And what followed were anecdotes, jokes, reminiscences, and juicy movie gossip. But the one story I never forgot was a poignant one.

Cochin Haneefa had pointed to his feet and said, "These legs have a story to tell."

When Haneefa was born, he had crooked legs. Both feet were pointed at each other. "A close friend of my father, Dr. G.D. Mohammed said the problem can be solved," said Haneefa. He forcibly straightened the baby's legs and encased it in plaster. However, after three months when the plaster was taken off, the legs remained in the same position.

"Everybody began crying when the doctor said, 'This is his destiny and there is nothing we can do about it,'" said Haneefa.

But his father never lost hope. Every night he would massage Haneefa's legs with oil till 1 a.m. He would be crying when he did this, but in a remarkable show of tenacity he did it non-stop for three years. "When it was time for me to go to school, my feet were perfect," says Haneefa. "I had no memory of crooked legs."

For years Haneefa did not know about the entire extent of his disability and his father's role in curing him. One day after he had become a famous actor he met Dr. Muhammad who told him the full story. "I wept in gratitude," he says. "I realised there was no way I could repay my beloved father."

But Cochin Haneefa does repay his beloved fans. When the interview was over, he accompanied us outside and suddenly explained the rationale of his sweet nature.

“I always behave well with people, especially fans, who come to meet me,” he said. “They love me a lot. The least I can do is to be friendly and kind to them. They will remember it with happiness forever.”

Cochin Haneefa, we will remember you with happiness forever!