Going down Down Under 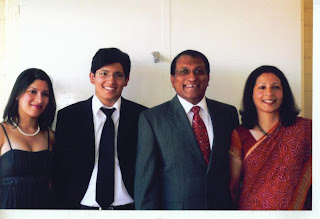 Indians students in Australia have been attacked for the past several months. Long-term Indian residents says that robbery, not racism, is the reason

In a restaurant at Sydney, Bobby John Mana is having dinner with a friend. Most of the patrons are Australians. There are six Indian students who are boisterous and talking loudly in Hindi, no doubt aided by the alcohol they are consuming. And it is becoming annoying. Soon, the waiter brings forth a cake on a trolley.

“So the people understood it is a birthday celebration and they are in a forgiving mood,” says Bobby. “But then the boys proceed to smear cake on each other’s faces. Pieces are falling all over the carpet. This is terrible behaviour.”

Finally, one of the patrons, a big-built Australian, who is having dinner with his wife, loses his patience. He goes up to the group and says, “Excuse me I would appreciate it if you behave because I am having dinner.”

The students become quiet at once. “If they had continued with their boorish behaviour, I am sure the Australian would have given them a good beating,” says Bobby, with a laugh.

Bobby, a film-maker, who has lived 13 years in Australia, has been staying in Kochi for work in the past one year.

Indian students lack an understating of Australian society. Lali Jacob, who works as a manager at the School of Medical Science at Sydney, says, “In Australia everybody says ‘Thank you,’ and ‘Hello, how are you, mate?’ to strangers.”

She gives another example. If you are in the checkout counter of a supermarket, the staffer, before making out your bill, will say. ‘How are you today?’”

Lali says the majority of Indian students do not respond to the greetings. “As a result, Australians think, ‘Indians are so rude,’” she says.

Bobby says that Indians make other mistakes while navigating through Australian society. They do a lot of odd jobs and then they use the money to buy the best mobile phones, I Pods, laptops and sneakers.

“When they finish work late at night, they will walk through deserted parks, or travel in empty train compartments flashing their latest gadgets,” he says. So, the drug addict, who is hard up for money, thinks, ‘Look at this, an Indian with an expensive mobile phone. He is not Lebanese or a Chinese, who will fight back. This is easy meat!’

Bobby says that Indians are physical cowards. “They will shout ‘Inquilab Zindabad’ and throw stones at the police in India,” he says. “But in Australia a white has to just yell at him, and he will throw down the phone or the laptop and run away.”

What adds to the problem is the lack of unity among the Indians. “So, if one Indian student is being attacked, the others will look away. They will not even inform the police. Instead, they will pretend as if nothing has happened,” says Bobby. This is in stark contrast to the Lebanese, who always moves in gangs. If one is attacked, there is an immediate group response.

Meanwhile, Lali is puzzled over the brouhaha in the media over the attacks on Indians. “Mugging incidents occur in every country,” she says. “It happens in New York, Paris, New Delhi, or Mumbai. I fear that all this negative publicity will polarise the Australians and the Indian immigrants.”

So, does that mean these are not racist attacks? “Not at all,” says Bobby. “These are just opportunistic guys robbing vulnerable Indians. There is nothing more to it.”

However, he says, this is not to deny that racism exists in Australian society.

“Every country has an element of racism, but in Australia it has a good-humoured tinge,” says Bobby. “My Australian friends used to call me a ‘curry muncher’, because I am an Indian. But everybody loves curry in Australia and it is quite expensive. So, it is an indirect compliment. I would describe it as a light form of discrimination. I have never experienced brutal in-your-face racism.”

Not like what happened to Bobby’s relative, Chinnu, a doctor, who grew up in London. Once she was spat upon by a white, who shouted, “You Paki, go back!” She spent four months in Australia doing her house surgeoncy. “Chinnu never experienced a single incident of racism,” says Bobby. “She told me Australia is a great country.”

Lali says that she also has never experienced any form of racism in Australia. “It is a country where if you work hard you can go all the way to the top,” she says.

And yet, despite this wide variety, in the recent past, Indians have been singled out for attacks. So what is the way out?

“They should take simple precautions like avoiding deserted parks or travel in empty trains late at night,” says Dr Soni Stephens, who works in the Sydney Dental Hospital.

Lali says the Indian High Commission should hold orientations sessions to teach students on how to behave in Australia. She gives an example of mixed signals.

“If you travel on a train, and if an Indian receives a call on the mobile, he tends to talk so loudly that it annoys everybody else in the compartment,” she says. “These are basic manners which are lacking in Indians.”

Bobby says that the new generation Indians should take some advice from their countrymen who have been there for decades.

“The earlier immigrants also had small issues here and there,” says Bobby. “But they knew how to work their way through. The solution is not to go to the media.” Sadly, some politicians and the media on both sides are happy to fish around in these waters, to get the maximum publicity possible.

They fear that if this media blitzkrieg continues, there will be a negative backlash from Australians. “Don’t forget that the tourism industry is already hit,” says Bobby. “The Australians are now wary about coming to India. They prefer to go to Sri Lanka, instead.”

In the end, both Lali and Bobby say, with deep feeling, “Australia is a great country and one of the best places to settle down. This is what we will tell the students: assimilate, and be a part of this wonderful society.”