The grand success of ‘Avatar’ 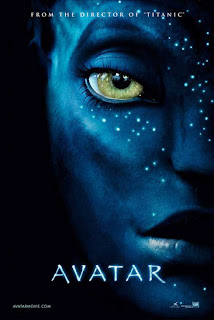 James Cameron’s blockbuster has enjoyed an unprecedented run at Kochi

When I came out of the noon show after watching ‘Avatar’ at Sridhar theatre, on a recent Sunday, I was stunned to see a queue going all the way to the main road. People were waiting patiently in the hot sun to buy tickets for the matinee performance. Two months have gone past and ‘Avatar’ is still running to full houses at Kochi.

Manager V.R. Ramkumar is very happy. “In the first five weeks, there was 100 per cent occupancy,” he says. “This is unprecedented.” Nowadays, because of films on television and DVDs, 50 per cent attendance at theatres for films in all languages is considered good. However, last week, the average at Sridhar had gone down to 80 per cent.

Ramkumar says the last time they experienced such a huge turnout was when ‘Titanic’, which was also directed by Cameron, was released in 1997. So what explains the tremendous success of ‘Avatar’ in Kochi?

“It is the 3D effect,” says Ramkumar. Cameron has used a 3D fusion camera allied with the latest technology called 2K Digital.

“The images are more vivid and alive,” he says. “Thanks to 3D, each scene has a lot of depth.”

Interestingly, when Avatar was shown as a 2D film in places like Palakkad and Thrissur, it lasted for two weeks only.

Another reason for the success was the widespread publicity in newspapers, magazines, and on television. “Nearly everybody knows that this is the highest-grossing film ever,” says Ramkumar. “Ticket sales have crossed $2 billion worldwide. So people were curious to see the movie.”

A further cause for the swelling crowds is that there are only three theatres -- one in Kochi, Kozhikode and Thiruvananthapuram -- which have the technical facilities to show a 3D film. As a result, people from far-away places like Chanaganacherry, Tiruvalla and Thriprayar were coming to Kochi to see the film.

“There has been 100 per cent booking on our online site,” says Ramkumar.

The majority of the audience, especially on the weekends and on public holidays, comprises parents and their children. “Nowadays, children pressure their parents so much about seeing the film that the elders succumb,” says Ramkumar.

So, is the film that good? Ramkumar, who has been seeing English films for more than 30 years says, “The first half drags a bit. But after the interval it just takes off -- a thrilling, roller-coaster ride till the end.”

Ship captain Anuj Austin, who is on a six-month break at Kochi says that the movie did not match the hype. “Sure, there were some stunning visuals and graphics,” he says. “But otherwise there was nothing much.”

He says that there were more special effects in the pioneering Malayalam 3D film, ‘My Dear Kuttichattan’.

Ramkumar says that some people had hoped to see the same visual effects like in ‘Kuttichattan’ and felt disappointed. “They expected things to come and hit them, but those are out-dated concepts,” he says, with a laugh.

But clearly, seeing its success so far, those who did not like the film are in a minority. Nirmala Lilly, the head of Sales & Marketing, Ramada Resort & Riviera Suites, says she liked ‘Avatar’ because of its “imagination, creativity and photography. It is an outstanding and spectacular film.”

For nine-year-old Sneha Rita, the film was a beautiful mix of education and entertainment. “I got an idea of the way scientists work,” she says. “I loved the beautiful plants, trees and animals on the planet of Pandora. The Navi are very nice people.”

And so James Cameron can pat himself on the back. A vision, painstakingly converted into digital reality in Los Angeles over several years has had a resonance all over the world, including the mind and heart of a nine-year-old in far-away Kochi.