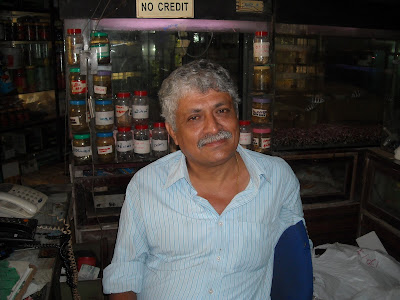 Elias Josephhai Elias, one of a handful of Jews in Kochi, talks about how he regards India as his motherland, while Israel is his fatherland

In 2007, Elias Josephhai Elias was planning to build a house at Pullepady near the Railway tracks. But to do that he needed a No Objection Certificate from the Railways. When the Railway official in Thiruvananthapuram, Iqbal (name changed), saw the house plans, brought along by a friend of Josephhai, he realised that the applicant was a Jew. Iqbal said, “Jews are the enemies of the Muslims. I will make sure that he does not receive the permission.”

It took two years and a High Court ruling before Josephhai was allowed to build his home. “This is the first and only time I have faced discrimination in Kochi because I am a Jew,” he says. “Please remember we have been in Kerala for 2000 years. It was the great generosity of spirit of the Hindu kings that enabled us to settle down here. And their benevolence was due to the tolerant traditions that are inherent in Hinduism.”

Josephhai feels increasingly isolated as the community is reduced to 42 Jews, which includes a few members of the Mattancherry Jews. “The community is dead,” says Josephhai. “There is no point in using the past continuous tense and say, 'dying'.”

However, the Mattancherry and the Malabari Jews, of whom Josephhai is one, are apparently not that close. “We were always close,” counters Queenie Hallegua, a Mattancherry Jew. “There are no differences except for the colour of our skins. We have both adopted the same Indian culture.”

The white-skinned Jews from Mattancherry, came from Spain, during the Spanish Inquisition of 1478, when the Jews were persecuted during the reign of Queen Isabella, and were always wealthy. “On the other hand, our ancestors escaped from Babylonia , where they were slaves, and came to Kerala,” says Josephhai. “We were dark-skinned and poor.” But as the numbers dwindle, Josephhai says, both branches have no option, but to get closer to each other.

Interestingly, Josephhai is a shochet, a butcher, who cuts the chickens and the birds that have to be eaten. “I have an official certificate from the community to do this,” he says. “People approach me, and I do the job for them.”

And like all Jews, he religiously observes the Shabbat. It begins a few minutes before sunset on Friday, until three stars can be seen on Saturday night. “Although it is a day of rest, I do work on that day,” he says. Josephhai runs 'Cochin Blossoms', a 1200 sq. ft. shop on Market Road that sells flowers and ornamental fish. “But I do read the Torah and say the prayers,” he says.

Meanwhile, nearly all the members of the younger generation have migrated to Israel. In fact, Josephhai's elder daughter, Avital, is doing her M.Tech in the world-class 'Technion – Israel Institute of Technology' at Haifa , thanks to a scholarship from the Israeli government. Incidentally, Technion has produced 25 Nobel Laureates. His second daughter, Leah, is doing Communicative English at St Teresa's College. “I am sure she will also go to Israel,” he says. Josephhai's wife, Ofera, with whom he had an arranged marriage in 1988, is a Bene Israel Jew from Mumbai.

For Josephai, Israel is the fatherland, while India is the motherland. “Israel is the land of Jews,” he says. “I feel that strongly.” His brothers and sisters had migrated to the Holy Land several years ago, but Josephhai stayed behind to look after his mother. “It was my fate,” he says.

In 1997, Josephhai went to Israel for the first time and has mixed emotions regarding the visit. “The showcase is fascinating, but the godown is bad,” he says. “Israel is under the control of Europeans. Nobody cares for anybody. There are purely professional relationships, not like the close, emotional relationships which Indians have, with our emphasis on the family. Since I was born and brought up in India, the feeling and attachment to the family will always be there. So I will be more comfortable in Kochi, than in Israel.”