Husbands at the receiving end 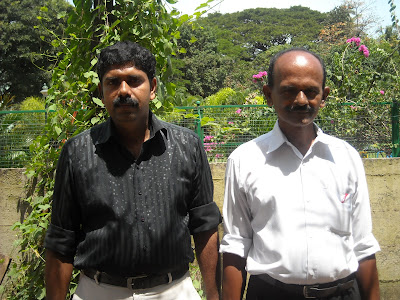 Thanks to Section 498A, of the Indian Penal Code, many women are alleging harassment, and putting their husbands behind bars. The Society for the Protection of Men are fighting for their rights

Umesh Nair works in a private company at Riyadh, Saudi Arabia. By hard work and self-sacrifice, he saved money and bought three cars in his wife Laxmi's name: a Scorpio and two Innovas. The plan was to use them as rental vehicles in Palakkad. A driver, Rajan, was hired. In the meantime, with the help of a friend, who supervised the construction work, Umesh was able to build a house. The property was also registered in his wife's name.

Unfortunately, Laxmi fell in love with Rajan and embarked on an affair. After a while, she began living with her paramour. Soon, she transferred the ownership of the vehicles and the house to Rajan. Using it as a collateral, Rajan took out a bank loan to start a business.

Meanwhile, scandalised relatives spread the word. Umesh came to hear about it in Riyadh . He returned to Kerala and confronted his wife. Immediately, Laxmi slapped a case under Section 498A.

The law goes like this: 'Whoever, being the husband or the relative of a woman, subjects such woman to cruelty shall be punished with imprisonment for a term which may extend to three years and shall be liable to a fine. The offence is cognizable, non-compoundable and non-bailable.'

Umesh was arrested and put in jail. It took him a fortnight to get bail. He is a shattered man, having lost all his hard-earned assets. In despair, he approached the Thrissur-based Purusha Avagasha Samrakshana Samithi (PASS) or the Society for the Protection of Men.

“We met the couple, individually and together, and are looking for an amicable solution,” says Francis Pulikottil, the state president. “Our aim is to unite the couples. There are many cases between husband and wife which last for 10 or 15 years in the courts. We want to speed up the process.”

Unfortunately, cases like Umesh are becoming all too common. “In 80 per cent of the couples, where the husband is working abroad, the wife inevitably takes on a secret lover,” says Jalal Pavaratti, vice president of PASS. “Women's attitudes have changed now. Owing to the rising consumerism in Kerala society, a wife wants to spend a lot of money, live lavishly, and have a good time. They are not bothered about how the husband is struggling in harsh desert conditions in the Middle East to earn the money. When the husband is unable to provide the cash, they put the blame on him and try to get out of the marriage.”

One of the easiest ways is to use Section 498A. “Most of the time, wives include the name of the husband's parents to cause social humiliation, and to pressure the spouse to settle the issue quickly,” says Francis. “Basically, the aim is to grab the property of their husbands.”

Unfortunately, the number of cases is increasing day by day. “So many doctors, engineers, businessmen, and professors are suffering silently,” says Jalal. “They are unable to speak out because of the fear of society's ridicule. PASS is a platform for these troubled people.”

The organization, which was set up in January, 2010, has more than 200 members all over Kerala. Both Francis and Jalal went through similar problems. Hence the idea came to start PASS.

When PASS receives a complaint, they will contact the wife's family. Once they receive permission, they will go and visit the family. “Sometimes, a wife will request us to bring along a woman companion,” says Jalal. “They feel comfortable talking to another woman, especially if the problem is sexual in nature, like if the husband is impotent.”

If there are children involved, PASS office-bearers will talk about the impact on them. “We tell the husband and a wife that they can have a divorce, but what about the children?” says Francis. “They cannot be divorced. I tell them they are losing the best years of their lives fighting against each other. Slowly, we make the couple realise that the way forward is through compromise, rather than confrontation.”

Meanwhile, finding Section 498A as a draconian law, PASS office-bearers have sent letters of complaint to the President and Prime Minister of India. However, owing to the creaking wheels of the bureaucracy, it will take decades before the law can be made more humane.