“He has been a calming influence” 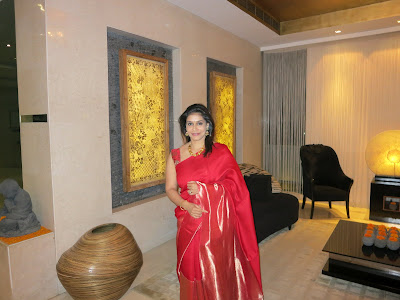 Lissy was only 16 when she first met director Priyadarshan on the sets of his 1984 film, ‘Odaruthammava Alariyam’ at Thiruvananthapuram. “There was no instant love,” she says. “We had a director-heroine relationship. I asked some questions and he gave me the answers and cleared my doubts.”

But over the course of the shoot Priyadarshan declared his love for the beautiful actress. “I also said I loved him,” she says. “I did not have the maturity to understand whether Priyan said it seriously or whether I meant what I said.”

Ten years older than Lissy, Priyadarshan bought chocolates and ice-creams for his teenage heroine. In the next six years Lissy acted in 22 films of Priyadarshan. She remembers during this time that the director had gone for a shoot in the Maldives. “When he returned he brought me a beige silk saree,” she says. “I was very happy. In fact, I have never forgotten that gift.”

The couple eventually got married on December 13, 1990. And in over twenty years of marriage, Lissy cherishes the freedom that Priyadarshan has always given her. “I don’t have to ask permission to do anything,” she says. “Whatever money he earns, he gives it to me. Recently, he received a payment of Rs. 15,000 for writing an article in a Malayalam newspaper. Immediately, he gave me the cheque. In fact, when he wants money, he comes to me.”

Lissy also admires Priyadarshan’s down-to-earth nature. “I have never seen behave in an arrogant manner, despite enjoying so much of success,” she says. “Very rarely does he lose his cool. He has been a calming factor in my life because I have a tendency to get angry quickly.”

Interestingly, the only time Priyadarshan gets upset is when something happens to the children. “Whatever said and done, the children are his life,” she says. “To a certain extent, he spoils them, but that is allowed for a father who is not around all the time. He is a family man, and values my opinion, when it comes to our children.”

Daughter, Kalyani, 19, is studying in the Parsons New School for Design in New York, while son Siddharth, 17, is doing his Plus Two at the United World College in Singapore.

Meanwhile, what Lissy also likes about Priyardarshan is that he has never taken his success for granted. “Even today, he feels very insecure about his life and career,” she says. “When Priyan starts a film today, it is with the same spirit and fear with which he began his first movie. He knows that nothing is permanent. In the film industry we have seen people change their behaviour towards us the moment there are two flops in a row.”

So far, Priyadarshan has made 65 films, many of them superhits. One day, Lissy told him, “Don't you get tired or bored, doing film after film, over so many years? Don't you think you need to take a break?” Priyadarshan smiled, and said, “I don't get tired because making films is a passion for me. My work is my holiday. So why should I take a break?”

But there are drawbacks, too. “Priyan is not a good businessman,” says Lissy. “He will not talk in a blunt manner to a producer regarding remuneration for his work and for his actors.”

He has irregular food and sleeping habits. “I wish Priyan would be more disciplined,” says Lissy. “He stays awake late into the night and does not eat healthy food or do any workouts.” She has also heard that Priyadarshan is very strict on the sets. “Heroines call and tell me that. But I don't know much about it since I don't go to locations any more.”

As a result, Lissy spends a lot of time alone. Each shoot can last for two months or so. “People ask me how I can live for so long without my husband,” says Lissy. “During those moments, when I feel low, I try to count my blessings. At this moment, [actor] Jagathy is in hospital because of an accident. Mohanlal's mother is unwell. I read that the son of the Ernakulam Collector [P.I. Sheikh Pareeth] died in an accident. There are many tragedies taking place in many families. In comparison to that, what is my suffering? It is nothing.”