Discovering a new type of spider 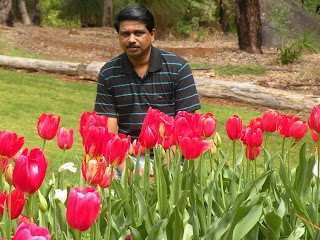 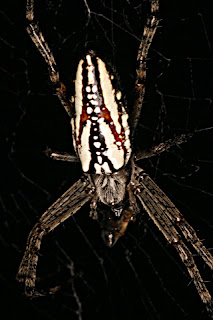 Scientist Dr. M.J. Mathew, while doing research in the Western Australian Museum, in Perth, discovered a new genus of spiders


When research scientist Dr. M. J Mathew got selected for the Endeavour Awards from the Australian government, he experienced a moment of joy. Mathew was given a grant of $26,000 to do research on spiders for six months. So, he went to the Western Australian Museum in Perth to work under his post-doctoral supervisor Dr. Volker Framenau.

And, quite surprisingly, they made a discovery of eight spiders in a new genus [category]. Says Dr Mark S. Harvey, senior curator of the museum: “Spiders are amongst those types of animals that are not studied often and we are still trying to untangle their evolutionary relationships and classifications. The fact that this genus was only discovered recently is due to the diligent work by Doctors Framenau and Mathew.”

Another reason why nobody in Australia discovered this was because these spiders had been classified wrongly under another genus – Araneus. Since these spiders were commonly found in Australia, Framenau and Mathew decided to call them plebs, from the Roman word, plebians, which means the common people. It is the right of the scientists who discover a new type to give a name for the spider, but it has to be Latinised. “That is the international protocol,” says Mathew.

In fact, Mathew named one of the spiders as Plebs Salesi, in honour of the late Fr. Francis Sales, CMI, the founder of Sacred Heart College, Thevara. “The college is my alma mater,” he says. “I did my research studies there.”

Meanwhile, the most distinguishing feature of these spiders is an inverted U-shaped white mark on the abdomen. “It looks like the alphabet ‘Ra’ in Malayalam,” says Mathew. “It’s reproductive structures are also different from other species.”

Another intriguing aspect is that these spiders can be found in places like India, China, Japan, Philippines, Indonesia, and Papua Guinea. “The hypothesis is that all these countries were part of a single tectonic plate, based on the presence of the spiders,” says Mathew. “This happened millions of years ago. Then the plates separated, and India, China, and the other countries drifted away from Australia.”

Interestingly, in India, the spiders are located in a temperate climate, which is similar to Australia ’s. “So, the plebs can be found in Ooty, Darjeeling and Kanthalloor, near Munnar, all high-altitude areas,” says Mathew.

Mathew and Framenau have sent their study to the internationally reputed Zoological Journal of the Linnean Society in London. “The paper has already been accepted for publication, after three independent referees, who studied the report, gave the go-ahead,” says Mathew. This means that, following publication, their discovery will be accepted worldwide. This is a big achievement for a researcher from Kerala.

Mathew’s future plans include research on spiders that are found on the forest floor in the Western Ghats.

Apart from scaling new heights, the stint in Australia has been a learning experience for Mathew. “The professionalism in Australia has to be admired,” he says. “Unlike in Kerala, employees will never chit-chat during working hours. They are focused on their job. It is only at lunch-time that they talk to each other.”

They also do not compromise on research. “In Kerala, recently, there was a Ph. D scam where you could buy doctoral theses,” says Mathew. “Such a scenario is impossible in a merit-based society like Australia. Instead, you have to work hard before submitting your thesis and earn a doctorate.”

(The New Indian Express, Kochi and Thiruvananthapuram)
at May 20, 2012