A Look At Bullying And Class Hypocrisy 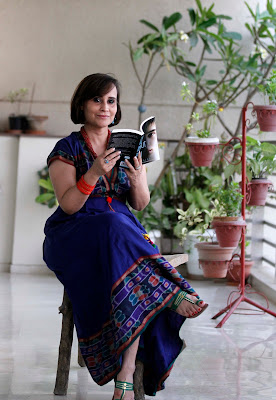 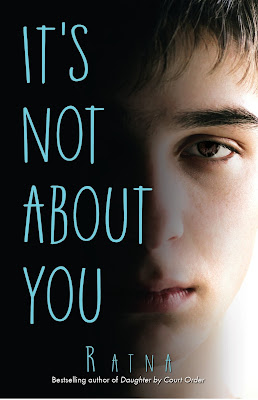 Author Ratna Vira returns with her second novel, 'It's not about you', after the first, 'Daughter By Court Order', became a national best-seller
By Shevlin Sebastian
A couple of years ago, Ratna Vira came across a newspaper article about a young American who tried to help a black who was being bullied. Subsequently, the former received a beating and ended up in a coma. “Soon after that I met the head of an Indian educational institution who told me about the rampant bullying in his school,” says Ratna.”
This proved to be the inspiration for Ratna's second novel, 'It's not about you', which is being released in end-May. The novel starts with a brutal beating of single mother Samaira's 16-year-old son Aksh in school and he has to be hospitalised. It prompts Samaira to investigate, and, despite a lack of co-operation from the school, she discovers that bullying does exist, teenagers have a secret life, and, most of the time parents do not know their children at all.
“Samaira gets some inkling about her son's inner life when she comes across Aksh's posts on social media, as well as his Instagram account,” saysRatna.
Even as she agonises over the slow recovery of her son, tuition teacher Mrs. Khanna attacks Samaira. “Aksh did not complete his assignments, covering it up with lame excuses” she says. “He says you want him to follow in his sister's footsteps. That you will not hear of his ambition to play football professionally, and to study in the UWC [United World Colleges] because you want him near you. That you do not see his misery because you are so determined that your children get the right qualifications.”
And just because Samaira is a single working mother, Mrs. Khanna continues to be hostile: “The problem with all you working women is that you have no time for your husband, family, in-laws or even your children. Tell me, when did you last see your own mother and father?”
It is a well-written novel, with a deep emotional resonance, especially for women, because it is written from Samaira's perspective. Ratna has also touched upon life in high-society Delhi, with its volatile mix of politics and money, as well as the bias that women face in a patriarchal society. “And, most of the time, it is other women who inflict the suffering,” the author says.
Ratna had focused on these subjects in her first book, 'Daughter By Court Order'. It became a national bestseller and described a daughter's fight to get her rights, even as she confronts the abuse within families.
Interestingly, in both 'Daughter By Court Order' and 'It's Not about you', Ratna has begun each chapter with a quotation. So, one of the chapters in the second book starts with a quote by the late actor Robin Williams: 'I used to think the worst thing in life is to end up all alone. It's not. The worst thing in life is to end up with people who make you feel all alone'.
What is surprising is that Ratna came to writing only in her early forties. “It was only at that age that I felt that I had a story to tell,” says Ratna, who studied at St. Stephen's College, New Delhi, and the London School of Economics. “I still have more stories in me, because I have experienced life, good and bad, with my five senses.”
Finally, on asked to give tips for aspiring authors, the full-time writer says, “Writing is a lonely occupation. So, you have to keep yourself motivated. Reward yourself when you reach a certain word count. Don’t give up. [Best-selling author] JK Rowling got 21 rejections. I often listen to her 2011 Harvard commencement speech to get inspired.”

(Sunday Magazine, The New Indian Express, South India and Delhi)
at May 23, 2016