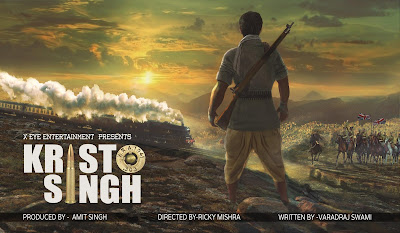 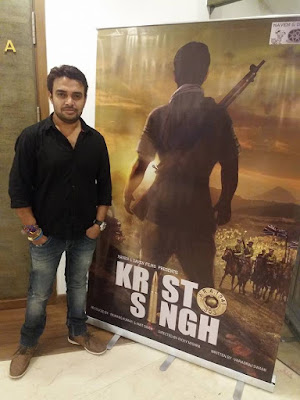 One day, a few years ago, music director Ricky Mishra went to the Sinha library in Patna. There he came across a biography of an unknown revolutionary by the name of Kristo (Krishna) Singh. Ricky was amazed to know that Kristo had robbed a train, at Kiul, in South Bihar, in 1940, to get money for the Independence movement. This was similar to the famed Kakori Train Robbery by freedom fighter Chandrasekhar Azad. “Kristo also burnt down seven police stations,” says Ricky. “He became a revolutionary, like Bhagat Singh and Azad.”

An enraged British government summoned the Baluchi regiment in Afghanistan, led by Capt. Khodadad Khan, to help in his capture and announced a cash reward of Rs 25,000 for any information. “Captain Khodadad was a cruel man and tortured Kristo's wife, brother and mother, in order to extract information about his whereabouts,” says Ricky. Kristo was eventually captured and spent 18 months in Munger jail.

While there, he befriended political leaders like Jaya Prakash Narayan, Ram Manohar Lohia, and Subhash Chandra Bose. “He was very much influenced by them,” says Ricky.

When asked how he got the name Kristo, Ricky says, “It was the British who shortened Krishna to Kristo. In fact, in all the FIRs (First Information Reports) in the police stations, he was identified as Kristo. That was how the name stuck.”

Meanwhile, Ricky continued to do extensive research. He went to Kristo's native village of Jamui. “The villagers talking glowingly about Kristo [who died, in 1986, at Patna],” says Ricky. He also read newspapers and books, from the Vidhan Sabha library, the Khuda Bakhsh Oriental Public Library, and Gandhi Sangrahalaya. “After doing all this research, I realised that nobody knows about his exploits,” says Ricky.

So, Ricky decided to make a Hindi feature film. He approached producer Amit Kumar, of X Eye Entertainment, who agreed to come on board. The Rs 8 crore film will be shot in locations at Jharkhand, Bihar, Rajasthan and Mumbai. “The cast is being selected,” says Ricky, from Mumbai. “There will be a few Bollywood stars. Shooting will begin very soon.”

Ricky is also busy getting the songs composed. One song is called 'Vande Mataram'. It has been sung by Krishna Beura who became famous for his hit song, 'Maula Mere', from 'Chak De India'. “I feel 'Vande Mataram' will have the same impact as 'Maula Mere',” says Ricky.

Krishna agrees. “This is a special song,” he says. “But it will be played in the background. For me, every song is a new experience. This historical film will be a stand-out.”

(The New Indian Express, Kochi and Thiruvananthapuram)
at May 21, 2016