The Third Gender Express Themselves 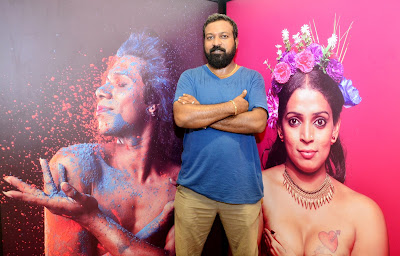 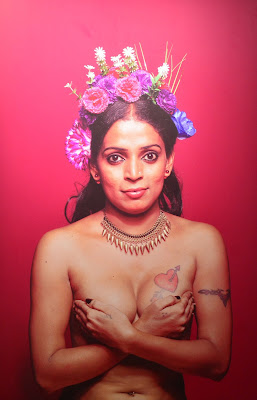 Harikrishnan G has put the spotlight on transgenders in his exhibition, ‘Trans – A Transition for life’

Three years ago, magazine photographer Harikrishnan G had gone to Chennai to take photos of a wheelchair-bound doctor by the name of Aishwarya Rao who had done a lot of work to rescue sex workers. One day, Aishwarya took Harikrishnan to a locality where sex workers and transgenders lived. “That was the first time I had been to a place like that,” he says. “The memory stayed with me.”

Recently, while Harikrishnan was recuperating at home, following a surgery, the images of the transgender colony came up in his mind. That was when he got the idea to do an exhibition on them.

Through his media contacts, he got in touch with Sheetal in Thrissur. And after long discussions on the phone and a hour-long meeting, Sheetal and her friends Deepthi and Sonu agreed to do a photo shoot.

The fruit of that work can be seen in the exhibition, ‘Trans – A Transition for life’ at the Durbar Hall, Kochi. Eight photos, 6' x 4' each, have been put up. Printed on archive paper, each costs Rs 75,000. “It is a labour of love,” he says. “I have spent my own money.”

The photos are striking. In one Sheetal (a man who has become a woman) stands, her face turned sideways to the camera, and eyes closed, because coloured powder has been thrown at her. “This is the powder that is used during the Holi festival,” says Harikrishnan. “And it signifies a celebration of transgenders.”

In the next photo, Sheetal is wearing a white frock, with long black hair cascading towards her shoulders, kaajal-rimmed eyes and red lipstick. She is standing behind an open bird cage while paper birds hang in thin strings from the ceiling. Many birds are outside the cage. Is freedom coming for transgenders is the silent question.

The third photo is stunning. This is Deepthi who has posed half-nude, her breasts covered by her two hands. There is a tattoo of a heart being pierced by an arrow over her left breast, a shining gold necklace around her neck and plastic flowers in her hair. But the striking feature is her eyes: it has a mix of defiance and excitement in them. This is Deepthi's first opportunity to express herself as a transgender in a society that has all but made them invisible.

In another heart-warming picture, a male, Sonu, and Deepthi, sit next to each other and hold hands.

Harikrishnan has also taken a photo of Sonu, as a nude man, but, at his hips, he has placed a triangular mirror. When you stand in front of the photo, you end up seeing your own face. “What I wanted to tell the visitors was that we have both male and feminine traits within us,” he says. “So we should learn to accept those who are different from the normal.”

Unfortunately, in Kerala society, there has been a marked lack of acceptance. As a result, transgenders have a difficult time. “They find it hard to rent a house or get a job,” says Harikrishnan. “They get no support from their families. When they walk on the streets, people make pass cruel comments. Because of the difficulties of living here, many have left the state.”

Harikrishnan is hoping that his exhibition will cause a change in the mind-set. “I want to make people aware that transgenders are normal people, just like you and me,” he says.

(The New Indian Express, Kochi and Thiruvananthapuram)
at May 25, 2016