In The Right Lane 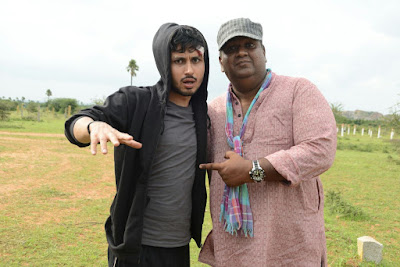 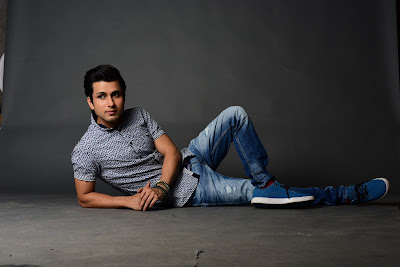 The handsome and charming Amol Parashar is hoping to make an impact in 'Traffic', the Hindi-remake of the Malayalam hit

A helmet-less Amol Parashar sets out on his motorbike down a busy Mumbai street. In the distance, he can see a police constable booking riders who are not wearing helmets. Suddenly, Amol sees a boy eating a slice of watermelon. Next to him is a cart filled with watermelons. Soon, Amol gets an idea. The next scene shows him wearing a scooped-out watermelon as a helmet. The cop looks shocked, as Amol drives away, with a smile on his face. This is a 30-second advertisment for Mentos Watermelon flavour gum, which was shown in 2011.

It was this advertisement that the Mollywood director Rajesh Pillai saw and was impressed. So, when he came to select actors for the Hindi remake of his Malayalam hit, 'Traffic' (2011), he asked specifically for Amol.

“And that is how I got the role of Rajeev,” says Amol. “In the film, I am helping a group of people to transport the heart of my dead friend, Rehaan (played by Vishal Singh) to a dying girl who is waiting for the transplant.”

The film, expectedly, is a bit different from the original. “Firstly, the scale is much bigger, because this is a Bollywood film and has a pan-India audience,” he says. “Secondly, there are subtle changes [by Suresh Nair] in the script as well. However, the core essence remains the same.”

And already Amol is getting a buzz for his performance. None other than Bajpayee, a great actor himself, says, “Amol is a very fine young actor. He could well be the surprise package for the audience. Surely, he will get his due when the film is released [on May 6].”

He might, but at the moment, Amol is trying to get over the shock he felt over Rajesh's untimely death, of cirrhosis of the liver, at age 41, on February 27 at Kochi. “Rajesh was a different director,” says Amol. “He always struck a personal chord with the actors. It took me some time to get used to that. He invited me to Kerala and I visited his family. It became a personal bond, which was beyond work. I used to call him my elder brother.”

In fact, Rajesh gave Amol the role of a glamourous and women-chasing photographer, Arun Iyyer, in the film, 'Mili' (2015). This was Amol's first foray in Mollywood. The film, which starred Nivin Pauly and Amala Paul, did well at the box office.

Asked to list the qualities of Rajesh as a director, Amol says, “He believed in real emotions and stories. He told us he did not want us to ‘act’. Instead, he wanted us to be real and natural and react as we would in real life. What Rajesh wanted was to tell good stories. That was the sign of a good film-maker.”

Amol has also shown signs of being a good actor. Some of the films he has acted in are 'Rocket Singh: Salesman of The year', 'Babbloo Happy Hai' and the upcoming 'Dombivili Return'.

A mechanical engineer, Amol had a deep love for theatre for many years. In 2011, despite having a corporate job, Amol decided to move to Mumbai to try his luck. “Suddenly I got a lot of work – plays, advertisements and films,” he says.

Asked whether it is easy to get roles in Bollywood, Amol says, “You need a lot of luck and patience to get the right part. Sometimes, when the wait gets long, people feel frustrated. So, I have learnt to keep my expectations in check. And I ensure that I do my best in every project.”

(The New Indian Express, Kochi, Thiruvananthapuram and Kozhikode)
at May 07, 2016