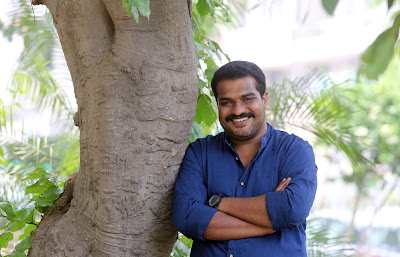 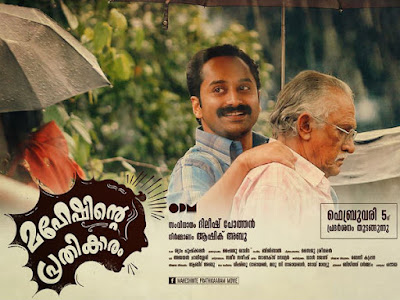 When director/actor Dileesh Pothan arrived at Manali, in early 2015, he began to shiver. The temperature was below 5 degrees centigrade. He was supposed to play television reporter Ullas Menon in Aashiq Abu's 'Rani Padmini' (2015).

On the first night, he was sitting alone in his room, rubbing his hands together, even though he was wearing thermal underclothes. At about 10 p.m., he decided to go and see the rest of the crew. They lived in another building, 150 metres away, separated by a small field. So, Dileesh lit a cigarette and stepped out. A light rain was falling.

Halfway through, he became frozen. “I just could not move my body, even though I could see the building in front of me,” says Dileesh, who had worn socks, with his slippers. “I tried to shout, but no sound came out from my throat.”

Dileesh felt a panic rise in him. Then he slipped, and rolled all the way to the house. When the crew members saw him they became shocked. They took Dileesh in, removed his clothes and socks and rubbed his feet. “In the end, I spent the night in their room,” says Dileesh.

The shoot of 'Maheshinte Prathikaaram' was also a wet experience. “My method is to shoot scenes according to the script,” says Dileesh. So, one early scene is when Vincent Bhavana, Mahesh's father, played by K. L. Antony, is found in a bamboo grove at night by his son (Fahadh Faasil).

When we went location spotting, in Idukki, we spotted a beautiful banana grove,” says Dileesh. “But on the night we were supposed to shoot, there were fierce winds and a heavy rain and the grove was destroyed. Then we managed to find another place. But once again, as the shoot was about to take place, it started raining.”

So, they gave up. They were unable to settle for a rain sequence, because the previous and after scenes had no rain. "So there would be no continuity," says Dileesh.

Meanwhile, shoots at other locations were being done. Then, after a month, another attempt was made to shoot this particular scene. Again a new grove was located. Amazingly, just as the shoot was about to begin, it started raining. But this time, they were determined to finish the sequence. “Whenever there was a brief respite, we would shoot for a few minutes,” says Dileesh. “It was only at 3 a.m., the rain stopped and we were finally able to finish the scene.”

Looking back, Dileesh felt that the delay was good. “When I first imagined the scene, I had planned to shoot it in a particular way,” he says. “But after I did the other scenes I understood that I had to shoot it in a different way and that helped the film overall. So, sometimes, when obstacles happens, it is for one's good. ”

But perhaps this may not be at all times. In Amal Neerad's short film, 'Kullante Bharya', Dileesh played a watchman who is supposed to keep an eye on a bed-ridden man played by Dulquer Salman. So Dileesh had a night scene where he had to pour water into a glass which contained whiskey and drink it in one smooth movement.

Several takes took place and Amal was not satisfied. And each time, Dileesh had to drink the liquid, which was Pepsi. Eventually, it took 21 takes. But, later, when Amal asked Dileesh whether he wanted dinner, the latter said, “Four litres of Pepsi inside my stomach! There is no way I can eat anything.”

(The New Indian Express, Kochi and Thiruvananthapuram)
at May 10, 2017