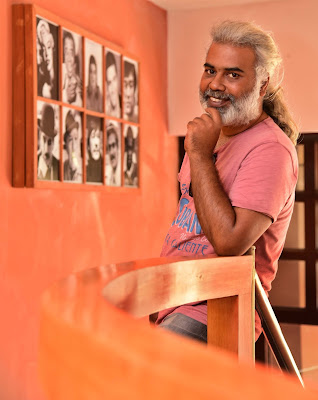 For two months, last year, director Ranjan Pramod travelled throughout Kerala, to look for a playground for his recent hit film, 'Rakshadikari Baiju Oppu'. “I was not searching for a typical ground,” he says. “Instead, I was looking for an area where there was wild growth but which had a ground also. And the coconut leaves should look dried up.”

Ranjan finally managed to locate such a place at Payolli. Unfortunately, the owner, Abdul Aziz (name changed) was unwilling to rent it out. “He said that we would spoil the place,” says Ranjan. “I said, 'There is nothing to make bad. You hardly look after it'.”

Abdul replied, “You are cinema people. If you enter my property, and suppose you don’t leave, what will I do?” Ranjan said that if they did not leave, the film would not be released.

The director was feeling dejected. But then redemption was at hand. Since no shooting has taken place in Payolli before, the local people were very keen that it should happen. “They asked the maulvi of the local mosque to intervene,” says Ranjan.

The maulvi spoke to Abdul and finally the landlord agreed.

Expectedly, the people were over-excited at seeing stars like Biju Menon and Aju Varghese in the flesh. Once there was a shoot next to a government school. More than 100 schoolchildren leaned against a wall to watch. Unfortunately, the wall collapsed. And many students got injured.

But despite this, the other students and locals were more keen to get closer to the stars and did not bother about the injured youngsters. “However, Biju and Aju focused on placing the children, in a production vehicle, which took them to the hospital,” says Ranjan.

On the sets of 'Meesa Madhavan' (2002), there was another type of emergency. The shoot was taking place in a wide expanse of golden paddy fields in Palakkad. There were a lot of dry husks lying around.

Meanwhile, all the production vehicles, about 30 in total, were parked, one behind the other, on a narrow road that bifurcated the fields.

Suddenly, a fire started at one side. And owing to the hot breeze it headed towards the road. “There was absolute panic on the sets,” says Ranjan, who was the scriptwriter. “There was no way we could turn the cars around. Instead, it was decided that the vehicles would reverse at high speed.”

The stars, Dileep and Kavya Madhavan as well as director Lal Jose were in different cars. Somehow, they managed to reach the main road. “In the end, all of us managed to escape unhurt,” says Ranjan, with a smile, at a coffee shop in Kochi.

There was another type of emergency on the sets of 'Photographer' (2006) Ranjan's first directorial venture. The hero was a 12-year-old tribal boy by the name of Mani. One day, Mani complained about the food. The next day, one crew member said, sarcastically, “The shooting is going to be over. Where will you have your next meal?”

Mani became very upset. Then he vanished. After an extensive search, he was finally spotted at the top of a huge tree. “We asked him to come down, but he refused,” says Ranjan. “Finally, a few crew members climbed up and brought him down. And it took quite a while before I was able to persuade Mani to start acting again.” But it all turned out happily for Mani: for his performance, he won the Kerala State Film Award for Best Child Artiste.

(The New Indian Express, Kochi, Thiruvananthapuram and Kozhikode)
at May 17, 2017