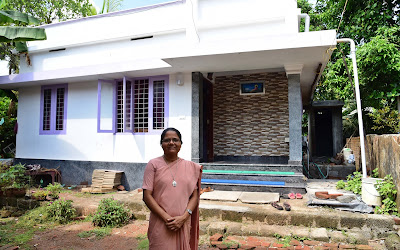 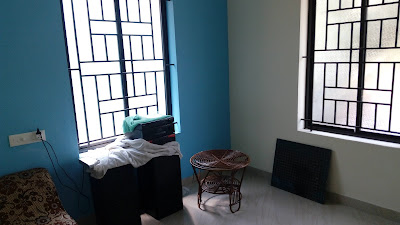 A nun in Kerala has taken upon the task of building houses for the poor. So far, she has made 60 and more are in the pipeline

Sr. Lizzy Chakkalakal was standing at a bus stop at Chellanam, Kochi sometime ago. The principal of the higher secondary section of Our Lady's School at Thoppumpady, Kochi, was on her way to visit a student's family. On the opposite side she saw a blue plastic sheet tied to a tree. Underneath it, a family was living there. Curious, she crossed the road and met the woman, Pushpa M.

She had two school-going children. Her husband, an alcoholic and part-time butcher, had committed suicide because of mounting debts. Now Pushpa was struggling to survive. The creditors came at night and asked Pushpa for sexual favours. “But she held on to her integrity,” says Sr. Lizzy. “She always kept a machete under her pillow.”

Sr. Lizzy, who belongs to the Franciscan Missionaries of Mary, a Catholic order, felt compelled to do something. When she heard that Pushpa had a small piece of land, she got the idea – she would build a house. And, through donations from retired and current teachers, students, parents, and affluent businessmen, she built a 500 sq. ft. house.

There is a hall, kitchen and a room which opened towards the street. “This is a space for a shop,” says Sr. Lizzy. Soon, Pushpa began selling tea, coffee and snacks from this room. On the first floor, there are two bedrooms. Gradually, the children gained self-esteem when they started staying in a proper house. “They began doing well in their studies,” says Sr. Lizzy. “And Pushpa's life has changed.”

Sr. Lizzy is changing the lives of many families through her ‘House Challenge’ project. Thus far, with the help of teacher Lilly Paul, she has built 60 houses, while a further ten are in varying stages of construction.

But what is most amazing is the quality of the houses. They are better than most middle-class homes. All the floors are tiled, the walls are painted brightly, the kitchen counter has a granite top, and there is a washbasin in the dining hall, apart from bathrooms, with faucets and cisterns, and wooden doors. Incidentally, each house costs about Rs 10 lakh.

Dr. P.J. Abraham, chairman of Divine Developers, who has built most of the houses, says that he did not want to distinguish between poor and middle-class houses. “We have always used high-quality materials,” he says. “And Sr. Lizzy told us that the poor did not have any money to spare for repairs. So the houses had to be in tip-top condition.”

Not surprisingly, the impact has been stunning for the recipients. New house-owner Mini Benny says, “It sometimes feels like a dream. My children say that they are living in a posh hotel. It is so unbelievable at times.”

Meanwhile, when asked about how she selects the beneficiaries, Sr. Lizzy says, “They are mostly widows, and families who have specially challenged children, because they are the ones who need the most protection,” she says.

(Sunday Magazine, The New Indian Express, South India and Delhi)
at May 29, 2017