When An Autorickshaw Overturned 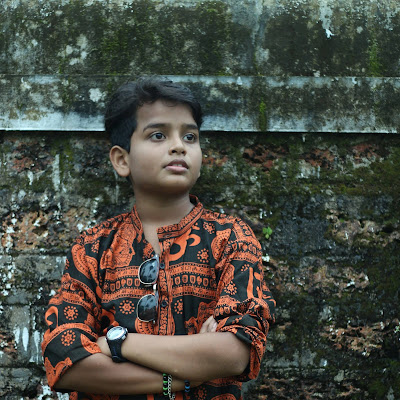 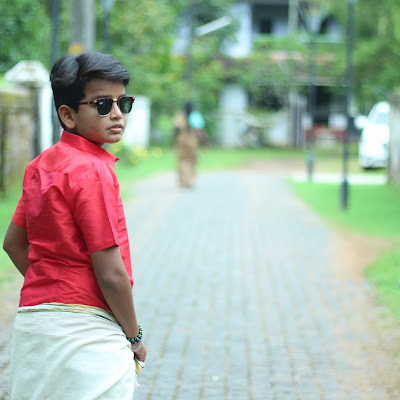 Child actor Gourav Menon talks about his experiences in the films 'Jilebi', 'Kolumittayi' and 'Philips and the Monkey Pen'

During the shoot of the film, 'Jilebi', in April, 2015, Gourav Menon was sitting in an autorickshaw with fellow child artiste Sayuri at Pollachi. They were being chased by hero Jayasurya in a car. Gourav's auto was being driven by actor Shashank. Soon, Jayasurya came abreast of Gourav's vehicle. They went like this for a few moments. Suddenly, a bus came from the opposite direction.

Jayasurya had no option but to move to the left. As a result, Shashank had to also move the autorickshaw quickly to the left. But he lost control and it went and hit a lamppost and overturned. “I was right at the bottom,” says Gourav. “My nose hit the rod behind the driver’s seat.”

Blood started streaming from Gourav's nose. Soon, he lost consciousness. Sayuri had a small cut on her forehead. A cutter had to be used to break the rod to get to Gourav. Thereafter, he was rushed to the local hospital.

A few minutes later, the blood flow was stopped. “The doctor who inspected me said that if the cut had been a millimetre above, it could have been fatal,” says Gourav. “So, I was very lucky.”

It took a month before Gourav could rejoin the shoot.

Meanwhile, in the film, 'Kolumittayi' (2016), Gourav also experienced tense moments. There was a swimming scene. So, at a pond in Kanjiramattom, child actors Roshan and Gourav, all of whom knew swimming, entered the water, along with the director Arun Viswam and a couple of assistants.

Behind them, Aakash Santhosh, who did not know swimming, also stepped into the water. But there was no mud underneath. So, he sank immediately.

When they saw that Aakash was in trouble, Arun and the others came back to save him. Meanwhile, Roshan’s leg got stuck in a frond. And he began sinking. Somehow, he managed to come up to the surface, take a gulp of air and sink again. He was under water for a few minutes.

Seeing this, make-up man Sunil Kumar jumped into the water and went in search of Roshan. “Since the water was blackish, he could not see anything,” says Gourav. “He grabbed a leg, but that turned out to be mine. Arun Uncle saw this, and, after saving Aakash, he came up and took me the shore. Otherwise, I would have also gone underwater.”

By this time, Sunil had located Roshan and was trying to lift him. Crew member Rakesh dived in and tried to loosen the frond. While he was doing so, Roshan accidentally kicked Rakesh in the face. For a few moments, Rakesh was winded and began swallowing water.

It was getting chaotic. “But, somehow, Arun Uncle and Sunil Uncle managed to haul Roshan to the bank,” says Gourav. “Rakesh then managed to climb ashore and kept vomiting to get rid of the water he had swallowed.” Thankfully, a tragedy was averted.

But in 'Philips and the Monkey Pen', there was no escaping bad news. A scene was being shot at 9.30 p.m. at Sacred Heart College, Kochi. Gourav and his fellow child actor Sanoop Santhosh were having a good time.

Suddenly, an ambulance came into the campus. A lot of people had gathered around. There were sombre looks all around. Gourav could not understand what was happening. Then finally, three bodies were brought out and placed on a table. That was when Gourav came to know that they were students of the college who had died in a car accident on the Bangalore-Chennai highway.

“We felt very sad,” says Gourav. “Sanoop and I started crying when we saw the dead bodies.”

Gourav pauses and says, “In a shoot, there are so many happy moments, but some incidents can make you feel very sad.”

(The New Indian Express, Kochi, Kozhikode and Thiruvananthapuram)
at November 09, 2017