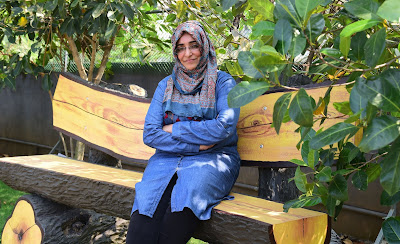 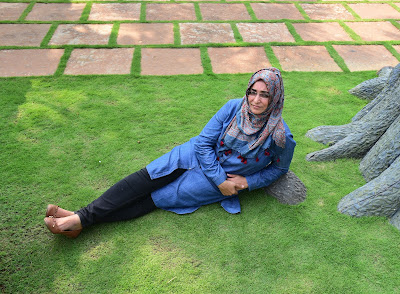 Saleena Musthafa, a Muslim, one of Kerala’s senior woman trainers of Sri Sri Ravi Shankar’s Art of Living course, talks about her experiences

It is 6 a.m., but Kochi remains dark on this February morning. There are several stars scattered across the sky. But inside a brightly-lit convention hall, Art of Living trainer Saleena Musthafa waits patiently as the people trickle in: businessmen, teachers doctors, engineers, and IT professionals, an even mix of men and women.

The programme begins. “Many people are stressed-out, angry and tense,” says Saleena. “But life is a gift. It is supposed to be celebrated. We should be happy. That is what I am going to teach you.”

Saleena pauses and asks, “What is the first thing a new-born baby does?”

Saleena gets excited and says, “Exactly. The baby takes a breath before it cries. And when a person dies, it is the breath that stops. Breath is at the core of life. Unfortunately, we pay little attention to it even though it is so important. But we get a deeper understanding of its importance when we use the Sudarshan Kriya breathing technique, as taught to us by Guruji Sri Sri Ravi Shankar. Through controlled breathing, you can become relaxed and calm.”

Whatever Saleena says sounds fine, except when you look at her. She is a Muslim who wears a hijab to cover her hair. Her religion has not hampered her teaching at all.

“Sri Sri Ravi Shankar has said that the Sudarshan Kriya is beyond religion,” she says. “So Guruji wants Christians to remain Christians, Hindus to be Hindus, and Muslims should be Muslims.”

However, her relatives are not very appreciative. “Some of them are very orthodox,” she says. “They ask me why I am following a swami. You have the Quran, they tell me. But I have told them many times that I have not given up my religion. I am still praying regularly and doing all the observances of a devout Muslim.”

What brings solace to Saleena is that her immediate family is fully behind her. They include her husband Muhammad Mustapha, her two children, as well as her 70-year-old businessman father EK Kunju Mohammad.

In fact, she says, her father has a progressive attitude. When Saleena was in class five, he gave her books by Swami Vivekananda, Osho and Guru Nitya Chaitanya Yati to read.

Saleena’s life changed in 2001 when a close relative died. She went into an emotional turmoil. Seeing her in this state, her father’s close friend, CRP Mohammed asked her to attend an Art of Living course. “He had done one and liked it a lot,” says Saleena. So she attended her first course at Payyoli, Kozhikode in May, 2001.

Saleena felt an immediate change when she did the Sudarshan Kriya. “I developed a positive attitude,” she says. She attended two more courses in quick succession. Thereafter, Saleena went to the International Centre of Art of Living in Bangalore to do more courses and harboured a desire to meet Sri Sri.

One day she was standing in a queue outside a hall to get a darshan. Soon,  Sri Sri arrived. When he saw Saleena, he came up to her, smiled and said, “You should do the TTC [Teacher Training Course] soon.”

Saleena was stunned when he said this. But she nodded and after a year, Saleena became a qualified teacher.

Incidentally, whenever Sri Sri comes to Kerala, Saleena tries to meet him. “I feel happy and humbled to be in the presence of such a great person,” she says. As for Sri Sri, he
always recognises her and says, “Hi Saleena, how are you?” Recently, at a public function, he introduced her to Chief Minister Pinarayi Vijayan.

And there are many who look happy when they see a Muslim take a class. “I think it is a confirmation to them that India’s syncretic culture, which has lasted for thousands of years, is still going strong,” says Saleena, who also takes classes for children, youth as well as corporates.

One corporate who came out of curiosity was Girija Sreekumar, the managing director of an IT firm. One day, she was passing through the Padivattom suburb in Kochi, when she saw a banner. It showed the images of Sri Sri Ravi Shankar and Saleena next to each other. “It really attracted me,” she says. “And when I saw Saleena I realised her presence gave out a message that there was nothing religious about the programme. Later, thanks to her excellent teaching of the Sudarshan Kriya, I felt very energetic and positive-minded. She is doing a very good job.”

Adds the Tokyo-based Swami Sadyojatah, International Director, Art of Living: “Saleena constantly updates herself on all aspects of the teaching. She has been able to motivate hundreds of people to lead a happy, healthy and stress-free life. Her dedication and enthusiasm have been a constant inspiration for other trainers.”
at May 13, 2019