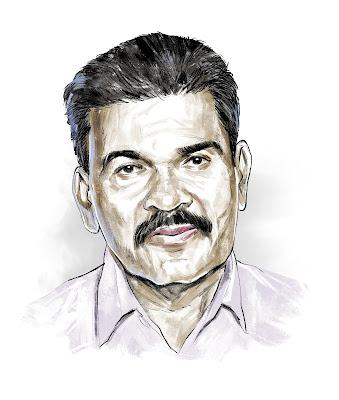 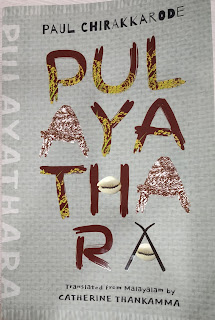 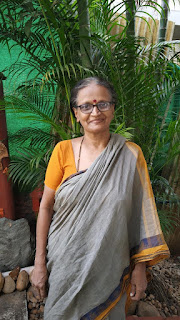 The late Dalit Christian author Paul Chirakkarode’s ‘Pulayathara’, which is regarded as a masterpiece, focuses on the oppression of the marginalised communities. It has just been published in an English translation

‘Songs resonated within the Church as the dark-skinned womenfolk sat in a row and sang…
‘Were these women unaware of the truth? The Church that was blessed by their vital music was filled with caste prejudice. Did they not know it? There was no light here. No spirituality A place wholly darkened by superstition and the elitism of caste. O people, who come here hoping for light, go back! This is an organisation built by rich men who have made God a witness for the prosecution. In this religion which has turned into an organisation, there is no virtue, no spirituality. It is now a dark place, where good people cannot see their way at all.’
This is an extract from ‘Pulayathara’, a novel written by Dalit human rights activist and author Paul Chirakkarode (1939-2008). Published by Oxford University Press, in a superb English translation by the Kochi-based English teacher Catherine Thankamma, it is a mesmerising read. Incidentally, the Malayalam version was published in 1962. And it is now regarded as the first Dalit Christian novel in Malayalam literature.

It tells the story of how the low-caste Pulayar and Parayar communities were exploited mercilessly by the landowners -- upper-caste Hindus and wealthy Christians -- of the Kuttanad region in central Kerala. They worked long hours on the paddy fields and got a few sheaves of paddy as payment.

“It would be about 250 grams of grain per day, to feed the entire family,” says Catherine. And in the non-harvesting season, they usually starved. Apart from this, the marginalised communities did not have a proper place which they could call their home since they were not allowed to own land.

But there was hope at hand. At the Hilltop Church, if you converted, you were given a Christian name, as well as a tiny patch of land where you could build a house. And so, many of the lower castes adopted Christianity in the hope of ending a life of discrimination.

Unfortunately, that hope turned out to be false. Because the upper-caste Christians refused to accept the new entrants on an equal footing. So, while the former sat on benches and chairs at the back of the church, the members of the lower castes sat on the floor in front. Not surprisingly, there was anger and a rising need to protest against this injustice.

All this has been described with passion and skill by Chirakkarode as he looks deeply into the characters: non-convert Thevan Pulayan, new converts Kandankoran and his wife Anna, Pallithara Pathros, church stalwart Custodian Thomas, landowner Narayanan Nair, and tea-stall owner Pillaichan, among many others.

This is not Chirakkarode’s only book. In fact, he published eight more novels, two collections of short stories, several critical studies and a well-received biography of B.R.Ambedkar. “But ‘Pulayathara’ is regarded as his masterpiece,” says Catherine.

Interestingly, he could not get a publisher. Most probably, it was because he was a Dalit Christian, says Catherine. So, Chirakkarode self-published the novel with a print run of 500 copies. Today, just a couple of copies exist, one of which is in the Public Library at Thiruvananthapuram. “He was an under-rated writer,” says Catherine. “And that is a pity.”

Chirakkarode lived in the era of literary icons like Thakazhi Sivasankara Pillai, P. Kesava Dev, S.K. Pottekkatt and Vaikom Muhammad Basheer. “Except for Basheer, these writers have addressed caste-related atrocities, but it was peripheral to the thematic concerns of their novels,” says Catherine. “They were members of privileged castes. Hence, no amount of sympathy can replace an actual felt experience.”

And Chirakkarode did have a felt experience. He was the son of a first-generation Dalit convert Rev LT Daniel, who was a preacher of the Christian Missionary Society. But, unlike other converts, Paul had access to education. He ended up getting a master’s degree in economics, law, sociology, English and Malayalam literature.

“Thanks to his education, Chirakkarode became deeply aware about the humiliations and sufferings of the poor, especially of the members of his own community,” says Catherine. “As a result, he developed an evangelical zeal for justice.”

For many Malayalis who have grown up outside Kerala and have only a rudimentary knowledge of Malayalam, this novel is a must-read. It gives a picture of the inequality, prejudice, class divisions, and the heartless exploitation of the lower castes that took place for centuries in God’s Own Country.

(Published in The New Indian Express, Kochi, Thiruvananthapuram and Kozhikode)
at May 18, 2019