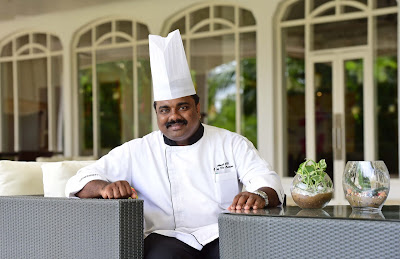 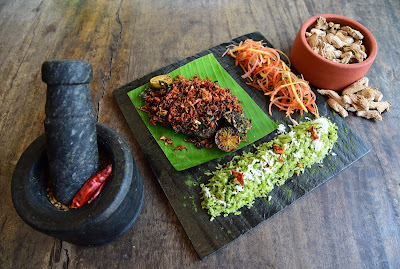 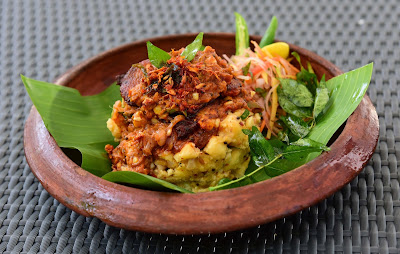 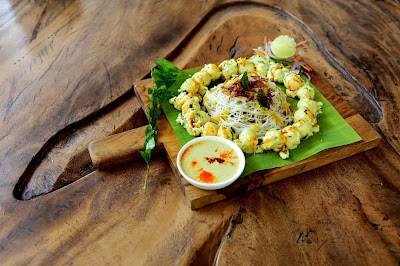 Chef Amal CA, of the Le Meridien, Kochi takes the regular dishes of the Kerala cuisine and makes all sorts of tasty innovations

On most mornings, when Amal CA, Chef De Cuisine -- F&B Production, at the Le Meridien, Kochi, awakens, he has a recurring thought: ‘What can I make something new today?’

Thus, on a recent morning, at the kitchen of the hotel, he got into full experimental mode. And the first dish that he made had fried pearlspot, and spread over it was a marinated mix. It consisted of raw mango, shallots, garlic, ginger, curry leaf and a dash of kandhari (chillies). “This is a healthy combination,” says Amal. “And because it is the mango season, I wanted to add a touch of the fruit.”

At one side of the plate, there is a stretch of rice, almost like a pathway. The Kaima rice, which is usually grown in Wayanad, is an aromatic, non-basmati rice. To this, Amal had added air-dried curry leaf to give it a greenish tinge. Thereafter, he added a vegetable salad, consisting of strips of carrot and onions, with a dash of lemon.

His next dish seems like the typical tapioca (kappa) and fish curry. But it is quite different, because for one, the kappa is creamy and milky. There are two fillets of pearlspot with a layer of masala in between, which has kokum and coconut. Once again, there are vegetables on one side.

The third dish has been inspired by a Syrian Christian dish called ‘chemeen koonthal idiyappam’. So, in a circle on the edge of the plate are the pidis (rice dumplings) but soaked in a yellow coconut gravy. In the middle is the traditional idiyappam (rice noodles), but instead of the usual grated coconut, there are prawns and squids. Again, there is a salad, at one corner, with a small addition: a small bowl of flavoured coconut milk, which you can add to the idiyappam.

All three dishes are sumptuous in taste. You get gripped by the various spices, and the combinations clearly show that Amal has a natural talent and feel for cooking.

As he beams, Amal says, “I want to make dishes which do not lose its authentic taste. It should also be a mind-blowing experience. Many guests have told me, ‘This is the first time I have ever eaten something like this’.”

The chef, who grew up in Kothamangalam, got attracted to cooking at a very early age. “Both my parents were interested in cooking, as well as a few uncles,” says Amal. “But the biggest inspiration has been my mother, Indira. We are three boys and had no sisters. From childhood, we would help our mother in the kitchen.”

Indira would show the boys how to make one appam and then would tell the boys to make the rest. “That was how we learned,” he says. “She would always tell us to make food in our own style.”

And Amal learnt to implement it early. Since he was plump, his mother would tell him to eat one egg, while his brothers had two. “So I would add a lot of onions, and chillies, to bulk up my omelette, so that it seemed I was having two eggs,” he says, with a smile.