Use and eat it 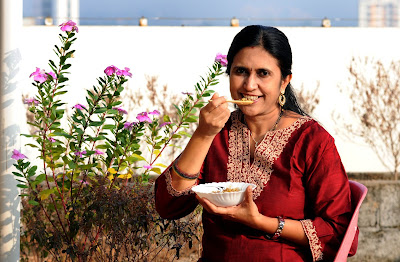 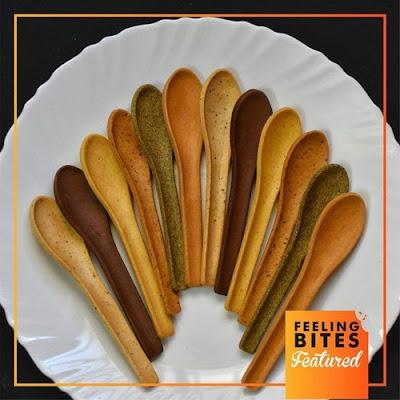 One day, after doing a Lasik eye operation, at a centre in Kochi, ophthalmologist Dr Suchitra R took a tea break. As she read through the newspaper, she came to know that the Kerala government had announced the ban of single-use plastic. Suchitra felt that she should do something to find an alternative. In her spare time, she began to do research on the Net. And then she came across a company in Gujarat that makes edible spoons. That is, these are spoons you can use and eat afterwards.

She wrote to the company. They sent her Food Safety certificates. Convinced that they are genuine, she began ordering the products.

At her home in Vennala, she showed a variety of table and dessert spoons. “Table spoons come in many flavours like classic salt, black pepper, peri peri which is chilly-based and the chocolate-based dessert spoon,” she says. All of them have individual paper wrappers.

And they are made of oats, corn, chickpeas, wheat and rice flour. “The spoons have a short life because there are no preservatives,” says Suchithra. “And having used it, I can say that it does not crumble. And there is no waste since we are eating them.”

Suchitra is going around and talking to her friends and relatives. And she gives apt examples. “Suppose you are holding a birthday for 30 children,” she says. “A lot of plastic cups and spoons are used. I tell parents they can start by replacing spoons. And they are receptive. The children like chocolate spoons. So I am happy about that.”

The ophthalmologist is also meeting event planners to urge them to avoid using plastic spoons for large events like weddings and birthday parties. Some have promised Suchitra that they will switch to edible spoons.

With the help of her husband Dr Satish Bhat S, she wants to create a market for these spoons. “It is not about profits but my way of doing something for the environment,” says Suchitra.

Satish also spoke about it on his YouTube channel and ate a couple of spoons -- peppercorn and chocolate -- on camera. “There was a good response,” he says. “Many people wanted these spoons.” Viewer Radhakrishnan Vadakkepat says, “This should be used in every eatery.”

Suchitra believes that in Kerala, there will be a market, more in the urban rather than rural areas.

But the couple is happy there is an ecological awareness among people now. “They know that plastic is no longer good for the environment,” says Satish. “In the clinic that I am running, there are seven staff members. Earlier, when they would order from online food apps, it would come with plastic straws and cups. Now, they take the option of ‘no plastic cutlery’.”

Suchitra says, “Edible spoons is an easy solution for these apps.”
at January 30, 2020