Snapshots of the present 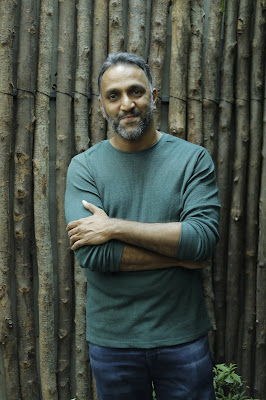 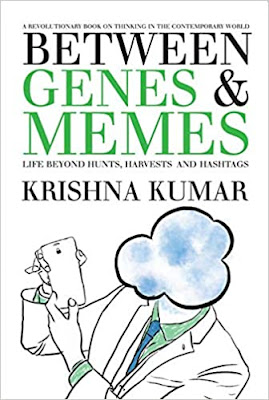 Author Krishna Kumar, in his book, ‘Between Genes and Memes’ writes perceptively about the impact of social media, the lack of critical thinking and the fear of missing out

In his book, ‘Between Genes and Memes’, Kochi-based HR consultant Krishna Kumar says, “Look at a chicken’s life. From the beginning of its life to the time it reaches 40 days, it is fed every day. Every single feeding firms up the bird’s belief that it is the natural rule of life to be fed every day by friendly members of the human race. And then, one day, something unexpected happens, which revises its entire belief system. On the 40th day, it reaches maximum safety when the risk, in fact, the highest.

“Tailspin: A farm chicken, which always feared the hunter dogs in the courtyard, finally gets eaten by the owner, master and guardian.”

The 228-page book, published by Recto and Verso and available on Amazon and Kindle, is filled with nuggets of wisdom on every page. The chapter headings include, ‘Reputation makes you a slave’, ‘What meditation, marathons, music and marijuana can do for you’, ‘How clickbait articles consume half of our lives’ and ‘Facts tell, stories sell’.

In ‘stories sell’, Krishna says, “Humans think in stories. Not in data. We aspire to be rational but 80 percent of our decisions are irrational. We are driven by emotions, and not by logic. It requires a lot of willpower to drive decisions based on logic. It is like swimming against the tide. It is hard. In the new economy, companies claim their decision-making is driven by insights from data analytics, but ultimate decisions are based on biases, emotions and fears. That is utterly human. So, it is important to learn the art of story-telling.”

Nine years ago, Krishna began writing on Facebook. Then he moved to Twitter and Linkedin. He adopted a contrarian stand. Soon, he began to get readers. They responded to what he wrote. “They told me they are aware of the idea but the way I say it is different,” says Krishna.

However, one day, his sister said, “You can impress with snippets. But can you show me how good you are, with a 2000-word blog.”

Krishna took up the challenge. Initially, he found it very tough. His thoughts would go haywire. There was no logic or structure. But slowly, he learnt how to write.

Recently, web developer Limi Joseph told Krishna that his blog was not secure, and there should be a back-up. Krishna agreed. The back-up was done. And the 300 posts were sent to him in a single word document. As Krishna re-read his posts, he had a mixed reaction. “Some of the posts embarrassed me, while some surprised me,” he says. “Some were instant deletes.” And slowly it dawned on him that he could make a book. But he says that it needed his editor Joshy Mathew’s skills to get the book into a coherent shape.

At a coffee shop in Kochi, his mind wanders over a wide array of subjects. At one point, he bemoaned the lack of importance given to philosophy. “People are practical these days,” he says. “If you ask a friend to define success, he will define it in terms of money and possessions. He will not think much of people who have found meaning in life and may have had a deep contribution in various sectors but it cannot be measured. But philosophy can lead to wisdom. It is more valuable than knowledge.”

And, he says that this ceaseless consumption of byte-sized information through the mobile phone has become an addiction. “We are in a constant state of FOMO: fear of missing out,” he says. “It creates restlessness. We are afraid of being with ourselves.”

It has also damaged the brain. “There is no critical thinking or analysis,” says Krishna. “People read news from five different sources, but there is no analysis. The hurry to give opinions results in snap judgements. And it may not be right, too.”