When a girl gets harassed 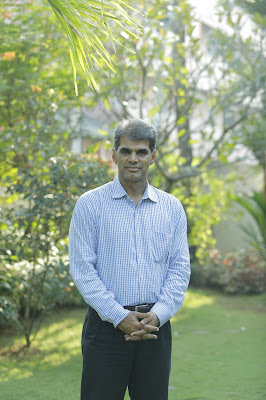 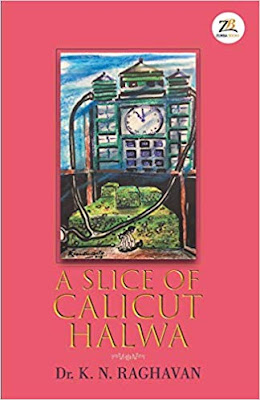 Bureaucrat Dr KN Raghavan has written his first novel, ‘A slice of Calicut Halwa’, about the life and times of Rema

One day, author KN Raghavan was having a chat with a friend at Kochi. The latter recounted a story. “He told me there was a man Deepak who would stalk his mutual friend Meena and harass her when she was in college,” says Raghavan. “But today, Meena is 50 plus, married and has children. Deepak went abroad and made a lot of money. But recently, he came back and began stalking Meena again, apart from sending non-stop text messages. Stalking has become electronic.”

Raghavan was taken aback when he heard this. “A lot of things happen at the adolescent age which people might not be proud of,” he says. “But they get over it and become mature. But for a certain percentage of the population, these adolescent urges remain.”

Raghavan is not a fiction writer. But suddenly a plot came to his mind, on the lines of what happened to Meena. So, even though he felt apprehensive, he decided to make an attempt to write a novel. So, every morning he would write. And surprisingly for him, it flowed easily. At the end of two months, he had a novel. This has just been published as ‘A slice of Calicut Halwa’ by Zorba Books and is priced at Rs 225. It is available on Amazon, Flipkart, Shopclues and Snapdeal.

The story is set in Calicut Medical College where Raghavan had himself studied. Rema is a brilliant young girl who begins to get harassed by a young man from the law college. Her confidence and self-esteem get affected. But life goes on. Rema gets married to a lawyer, who happens to be a closet homosexual. She feels trapped. And,  later, the law student resumes harassing her. The twists and turns from these developments form the core of the novel.

Asked the difference between fiction and non-fiction, Raghavan says, “Fiction means you just go inside your head. For non-fiction, you have to do a lot of research. You have to chronicle details in a systematic manner. When you write a chapter, you have to give your references. It’s time-consuming. But since I enjoy doing it, this is a welcome experience.”

Raghavan has published three non-fiction books thus far. In 1999, he wrote ‘World Cup Chronicle’. In 2012, he published ‘Dividing Lines: Contours of India-China Conflict’ and in 2016, he came out with ‘Vanishing Shangri La: History of Tibet and Dalai Lamas in the Twentieth century’.

As to whether reading has declined, Raghavan nods and says, “The number of bookshops in Kochi have gone down. There was a beautiful bookstore in the Oberon Mall which has sadly closed down. The number of people who go to libraries is becoming less. As for the avid readers, they have moved from print to digital.”

Raghavan’s only child Aishwarya, who lives in Sweden, swears by the Kindle. She had urged her father to buy one but he prefers the charm of holding a physical book in his hands.

A career bureaucrat, Raghavan was Commissioner of Customs (2012-2017) in Kochi as well as Principal Commissioner of Central GST in Mumbai from 2017-19. Today, he is the Kottayam-based Executive Director of the Rubber Board of India.

“Kerala is almost saturated,” he says. “There is no land to grow more rubber. So we are trying to develop plantations in Tripura, Assam and Meghalaya. I travel to these places once a month to oversee the work. I am also looking at non-traditional areas like Orissa and Andhra Pradesh.”

He agrees it is a tough time for rubber growers. “That’s because international prices are very low,” he says.

Meanwhile, when asked about his future plans as a writer, Raghavan says, “I am toying with the idea of writing about the decline of the Left and why it is vanishing from India.”
at March 06, 2020