The story of Indian migration 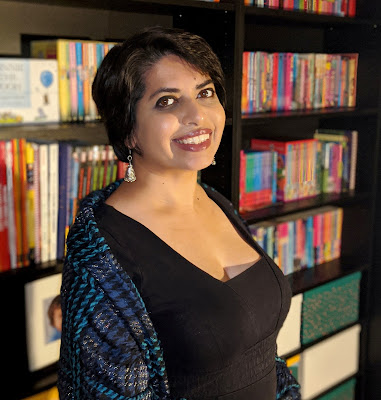 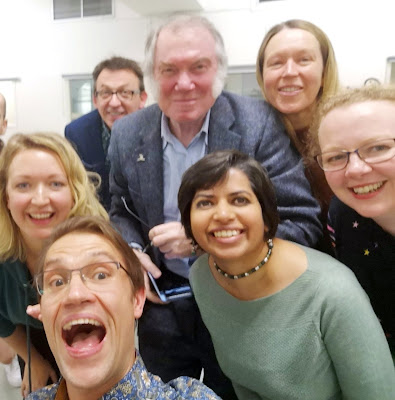 Photos: Shreya Sen-Handley; with the members of the Wales National Opera

On the morning after her return from attending a literary festival in Kolkata sometime ago, author Shreya Sen-Handley opened her email and got a shock. There was a message by Sir David Pountney, the director of the Welsh National Opera. He told Shreya they are staging an opera called ‘Migrations’, to celebrate the 400th anniversary of the Mayflower crossing, when the British went to America for the first time on the Mayflower ship. But they also wanted a contribution from her to focus on the Indian migration to the UK. For about five minutes, Shreya was in shock. Then she Google searched to check whether Sir David was a hoax. But it turned out that he was indeed the director. So Shreya said yes and got cracking.

In the end, she wrote an epic poem titled, ‘This is the life!’ “There are two central Indian characters, doctors Jai and Neera who had been invited by the British government to come across to help build the National Health Service,” says Shreya. “They were promised a wonderful life. But when they came they were treated badly, and were doing longer hours than everybody else and getting less pay.”

During that time, in 1968, there were anti-immigration riots in London. Two white people who had gone on a march landed up at the hospital with injuries because of a scuffle. “The Indian doctors had to treat the racists,” says Shreya. “But following successful treatment, there is a realisation among the whites that the Indians are worthy members of their society. So, there is a rapprochement at the end.”

As to how the poem is used, Shreya says, “The composer Will Todd has set it to music, and he is working with Sir David and the ‘Migrations’ team to produce it for the stage. Every word written for an opera is sung, unlike musical theatre where some of it is said than sung.” There will be Bollywood-style dances, British-Indian singers and instruments like the sitar and the tabla will be used.

The premiere is to be held on October 3, at the Wales Millennium Centre which is the home of the Welsh National Opera. Prince Charles is the head of the institution. “There is a good chance he will attend,” says Shreya. Thereafter there will be six performances in different venues in Birmingham, Plymouth, Bristol and Southampton, and the run will conclude on November 28.

For the two-hour long event, there will be one hundred people in the cast and another hundred in the three different choirs, apart from a full live orchestra. And to her surprise, Shreya realised that she is in exalted company. Only two other Indians have received similar invitations to contribute to an opera -- Amit Chaudhuri and Jeet Thayil. “I am perhaps the first Indian and South Asian woman to write for a major opera,” she says. “I feel thrilled.”

Shreya is a multi-talented person. Apart from poetry, she does book cover illustrations for major English publishers in India and Britain. HarperCollins has recently published her second book, a collection of short stories called ‘Strange’, which legendary author Ruskin Bond described as ‘masterful’. “All the stories have unexpected endings,” says Shreya. “It is a mix of science fiction, dystopia, fantasy, comedy, horror and romance.” Her earlier book was called ‘Memoirs of my body’.

She is also a columnist for many newspapers and magazines in India and teaches creative writing at Cambridge and Nottingham universities. Shreya was a director of the Nottingham Festival of Literature and is a governor of schools. She is also a regular commentator on current affairs for the BBC, Notts TV, and other media. Married to a Briton, she has two children and has been living in Britain since 2000.

Shreya also belongs to a family which has a notable heritage. Her paternal grandfather Satyabrata Sen worked in the United Nations and was also an advisor to the late Prime Minister Rajiv Gandhi as well as the Kerala government. Her mother is the great grand-niece of the spiritual philosopher Sri Aurobindo. A great-great-grandfather was Ramananda Chatterjee, the editor of the Modern Review, who published articles by Mahatma Gandhi, Rabindranath Tagore and Jawaharlal Nehru. “Many regard him as the father of Indian journalism,” says Shreya. “So writing is in my blood.”
at March 16, 2020