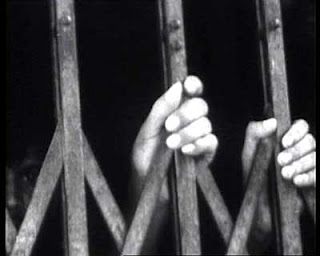 Suresh was a taxi driver. One day two men hired his vehicle telling him that they were taking some oil from Idukki to Kochi. On the way, thanks to a tip-off, the police intercepted the taxi. The passengers fled.

When the police inspected the luggage hold, they found several packets of hashish. Suresh was arrested and sent to the Muvattuzhapuzha sub jail.

The Kottayam-based counsellor Kunjumon Chacko had gone to the jail to give a talk. He noticed that Suresh was sobbing uncontrollably. “He told me he had been framed and was worried sick about his family,” says Chacko, who offered to help.

He runs an orphanage for children and got the two daughters to stay there. He sent money every month to his wife, Annie.

Annie was beautiful and a healthy person. But very soon, she began to suffer from high blood pressure. She used to have fainting spells. She had pain in different parts of her body. “She became a sick person,” says Chacko. The family went through a traumatic time.”

Suresh was imprisoned for six years and then found guilty. He has gone on appeal and is out on bail. And Chacko noticed that the glow had left Annie’s face forever.

Asked to describe her experience, Annie says, “I cursed the people who did this to my husband. Later, I realised there is no point in doing that. It is God who will save us. So I must pray to Him.”

But Annie has a tremendous anger at the criminal justice system. Not only was her husband jailed, but it took six years for the case to come up for hearing.

Chacko says this delay is a violation of human rights. The children have missed the protection of the father while the wife has missed the affection and care of her husband.

So what happens to a woman when a husband is arrested?

“The wife suffers from a social humiliation,” says Chacko. “Wherever she goes people point at her and talk in whispers about her jailed husband. Slowly, she will no longer be invited for social functions. Even if she is invited she will not go.”

Unlike the case of Annie, a wife has a tremendous anger against the husband for putting her into this situation. “He is responsible for her state of affairs,” says Chacko. “She thinks, ‘I did not get married so that I would land up in this mess.’”

Some will feel like committing suicide. Some will focus on the children, while a few will try to swim against the current. Several become depressed.

And if the family’s finances are precarious the woman is under tremendous pressure to earn a living, to feed the children. Nearly half the women in this situation will resort to using their bodies.

Distant cousins and well-to-do people will take advantage. “The women do not want to give up their chastity, but circumstances force them to do so,” says Chacko.

Chacko remembers meeting a woman, Renuka, who needed to sign a document giving permission so that her imprisoned husband could undergo a surgery.

Renuka said, “I don’t have a husband. If he needs to have an operation or even if he dies, it is none of my concern. If he comes here again, he will bring his friends and there will be drinking and all sorts of chaos. Then the police will come. I don’t want to go through that again. I am enjoying some peace and would like things to remain as they are.”

When a man returns after five or ten years in jail, this is the question the wife asks herself: ‘Is my husband an absolute necessity at home now? I have lived without him for so many years.’ This attitude is also reflected in the children.

Take the case of Peters, who, in a drunken fit, kicked at his wife, and she fell down and died. Subsequently he was caught, convicted, and imprisoned. After 11 years when he was about to be released Chacko met the three sons to request them to take him in, because he had nowhere else to go.

The elder son said, “This is the man who killed our mother. It is not possible for us to call him father.” Another sibling said, “To be born you need a father, but otherwise you can live without him. He is not an essential person. This is how we have lived so many years.”

None of the children had met the father when he was in prison.

However, when Chacko told them about the possibility of their father committing suicide or losing his sanity, or acting in such a way that would humiliate them socially, the children relented, but very reluctantly. It was an awkward reunion in a prison near Thiruvananthapuram.

Later, Chacko accompanied Peters to his home. Soon, relatives and neighbours crowded the living room. Everybody was crying.

Chacko said, “In the end, Peters, everything has worked out. Your children have grown up, and are educated and smart, the house is there, there is a cow in the backyard, but only the lamp has gone out.”

Peters said, “The lamp did not go out. I blew it out.”

This story ended in a positive manner but there are many families where there is no acceptance and the man leaves the house. He becomes a nomad, wandering from place to place. “He has no skills to survive in a changed world,” says Chacko. “He suffers from low confidence and is unable to face society.”

And the crime remains a blight on the children’s lives. They are unable to get good marriage proposals, and whenever a background check is done on them when they apply for jobs, they are rejected when the father’s criminal background is discovered.

“The crime is like a huge shadow in their lives,” says Chacko.

Kunjumon Chacko, 68, has been counselling prisoners for the past thirty-five years in Kerala. Apart from this he has traveled to 61 countries to see the conditions of prisons first-hand and learn about new methods.

“In most of the developed countries there is a scientific classification of criminals,” he says. “If a first offender for theft is arrested he is kept alone.”

However, in Kerala, a first offender is housed in a prison with habituals who are experts in crime. So a youngster who is an adept pickpocket will get the opportunity to learn the tricks of the trade from the experts.

“Our prisons have become a breeding ground for criminals,” says Chacko.

A major drawback is that the prison authorities in India are only concerned that the prisoners do not escape. There is almost no emphasis on rehabilitation.

In Thiruvananthapuram’s central jail there are only two welfare officers for nearly 2000 prisoners. “In western countries there are more officers for correction rather than security,” he says.

Another problem is that, thanks to an antiquated British law, undertrial prisoners are not allowed to work. So, till his case comes up an undertrial eats and sleeps most of the time.

“It kills his spirit and he loses the skills to survive in life,” says Chacko.

He says that these men can be used to work on bridges, roads, multi-storeyed buildings, or community-development projects. They can be sent to work in the morning and return in the evening.

“Pay them the market rate and deduct all the expenses for security and food,” says Chacko. “The remaining money can be put in a saving account and some part of it can be sent to the family.”

In this way there is less chance of the man resorting to crime to earn a living when he is finally released from prison.