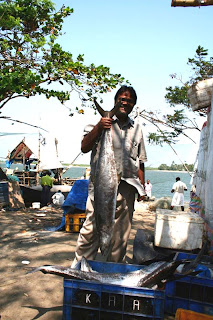 Cinema ticket ushers have to handle drunks, rude youngsters, and an occasional death, while on the job

In the film ‘The Mountains of the Cannibal God’, there is a disturbing scene where a python swallows a live monkey. Soon after the event was shown, a 35-year old man sitting in the audience at Sridhar theatre at Kochi started shaking. Within moments his body became stiff. The people around him rushed out and informed ticket usher M.V. Sebastian, 50.

“When I arrived the man had become unconscious,” says Sebastian. With the help of another usher Xavier, they carried the body to the lobby. The police were informed and he was rushed to the general hospital.

“Unfortunately the man was declared dead on arrival,” he says. “When the doctors inspected the wallet they found a medical prescription for a heart ailment.” The family members were informed.

By a strange coincidence, the man’s father-in-law was being treated for an illness in the same hospital. “Suddenly the mother-in-law came into the room, hugged the body, burst into tears, and said, ‘This is my son Varghese!’” says Sebastian.

In 27 years as an usher this was the only death that Sebastian has encountered on the job. But he has had mixed experiences while dealing with patrons.

“Nowadays young people behave badly,” he says. “If they don’t like a film they take their frustrations out of me. They make comments like, ‘Chetta, this was a bad film’. I am just an usher. From their talk they give me the impression that I am responsible if a film is good or bad.”

Says usher Ramachandra Pai: “They may be educated but lack manners. They have Pan Parag and spit it all over the place.”

Theatre manager V.R. Ramkumar says the audience comprises local North Indians, as well as those from the Naval Base, construction workers, and locals. “There are also a lot of teenagers who come to see Hindi films,” he says.

Of course, in a state where drinking is the number one entertainment, drunks are a major problem, too. Usually the ticket seller will not issue the ticket if he notices that the man is in an inebriated condition.

“If somehow he manages to enter the hall, and creates a disturbance, I have no qualms in calling security or the police,” says Sebastian. Ramachandra says the drinking is high during festivals like Onam, Easter and Christmas.

On a hot afternoon between the noon and the matinee shows Sebastian sits and reads a magazine in the manager’s room. Ramachandra is sitting in the lobby while Varghese is having lunch in the canteen. Sebastian says, “We come in half an hour before the start of the noon show and stay till the night show concludes.”

In the course of his career Sebastian has seen over a thousand films and has a good idea of which film will be a hit or not. “I have an 80 per cent accuracy,” he says.

But Ramachandra is not so sure. “The audience reaction nowadays is unpredictable,” he says. “The film, ‘International’, which was shown recently, was a good one, but there was not much of a crowd probably because of the telecast of the matches of the Indian Premier League.”

He says that by intently looking at the faces of the people as they come out after the first show he gets an idea of whether the film will do well or not.

Unlike Sebastian he hardly sees a film. “In fact, in my twenty-five years on the job
I have never seen a movie from beginning to end,” says Ramachandra. That has also been the case with usher M.C. Varghese, 44. “The film I liked best was ‘Slumdog Millionaire’ even though I did not see the entire film,” says Varghese. “Whenever the song ‘Jai Ho’ was screened I would watch it.”

But not many people are happy that Sridhar is showing Hindi films. “Sridhar has been showing English films since 1964,” admits Ramkumar. “We have a dedicated clientele.”

But it was only when Sridhar started showing Hindi films a few years ago that the box office receipts increased significantly. The last big hit was Ghajini. “Young and old liked the film,” says Ramkumar.

No matter how a film does, the ushers and the manager enjoy the job. Ramkumar tries to analyse the reasons why: “The beauty of this job is that you are seeing new people every day. And if you are a film buff like me you are able watch movies all the time. That makes the job very interesting.”