The school of hard knocks 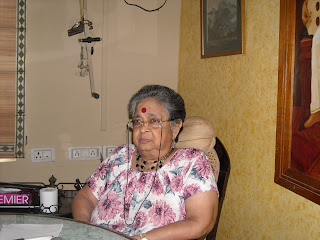 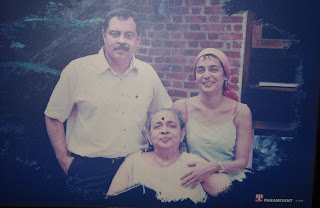 Photo: Mary Roy with her son Lalith and daughter Arundhati

“When I was four years old I remember seeing my mother standing in the living room of our house in Kottayam bleeding from her head,” says educationist Mary Roy, 75. “My father had beaten her with a curtain rod.”

Her father, an Imperial entomologist, was a wife-beater by nature. “He did not drink or smoke, but womanised in a frenzied manner,” she says.

The beatings continued right through Mary’s childhood. However, one day, when Mary was 16 years old and her father was beating her mother and her, Mary’s elder brother, George intervened. He held both his father’s hands and shouted, “No! You will never again beat your wife or the children.”

Says Mary: “Father could not believe what he had heard. He ran out of the house and out of our lives. I never saw him again.”

Following her graduation from Queen Mary’s College in Chennai, Mary went to Kolkata where her brother had secured a job and worked as a secretary in Metal Box Limited. “I was lousy at the job,” she says. “I could not take dictation or type.”

At that time she met a senior executive, Rajib Roy, who was employed in a jute mill. “He had a lot of money to throw around and that impressed me,” she says. “I said, ‘Yes’ to his proposal although I did not love him.”

The wedding took place in 1958. During the next seven years, Mary had two children, Lalith and Arundhati, who, years later, would gain international fame when she won the Booker Prize for ‘The God of Small Things’.

“The marriage did not work,” says Mary. “Rajib was an alcoholic, but he was a good man. He never beat or troubled me. But I knew I had to run. The mistake I made was to have two children with him. With children it is difficult to run. What do you do next?”

In 1969, Mary decided to settle down in a house in Ooty, which belonged to her father, who had passed away by then. Suddenly, her brother, George, and her mother appeared, accompanied by some goondas. She was told to vacate the house.

“I was devastated,” she says. “My brother said that under the Travancore Christian Succession Act a woman is entitled to receive a quarter of the share of a son or Rs 5000, whichever was less.” This rule applies when the father dies intestate, that is, without leaving a legal will.

Mary ran out of the house and remembered seeing a board stating ‘E.R.C. Davidar, attorney’. Davidar said, “Nobody can push you out of the house. For the next year I will ensure that you can stay.” He gave a letter addressed to the local police station and Mary returned to the house accompanied by two policemen. George and her mother left.

Mary visited Lushington school which was exclusively for British children, where Lalit was admitted to Standard 1. “It was a turning point for me,” says the principal of the Kottayam-based Pallikoodam school. “It was there that I learnt new methods of teaching, like using flash cards and phonetics, that we still use in our school.”

Eventually, Mary tired of Ooty and returned to Kottayam. There, she started a school for kindergarten children by renting out a hall in the Rotary Club. “I decided to get a proper place,” she says.

In 1974, while driving past the suburb of Kalathipady, she saw a bare hill. She enquired whether it was for sale and was told that it would cost Rs 1 lakh for five acres. “There was no road,” she says. “But I bought the land with the help of a bank loan of Rs 1 lakh.”

Then she asked architect Laurie Baker to build low-cost buildings. “Initially, he said ‘no’, but when he saw the place he liked it,” she says. Mary told Laurie she only had Rs 25,000 to spare. Laurie said, “Anything will do for a start!” So he built a block of five classrooms with half-walls and a huge thatched roof.

“Buying the property was a big turning point in my life,” says Mary. “The school was a success from the very beginning.”

Vice Principal June Jose says: “Several generations of students still thank Mrs. Roy for her vision and determination, her ability to think independently and to fight against injustice. This is evident from the fact that many alumni continue to admit their children into Pallikoodam."

By 1984 Mary was financially independent. Keenly remembering the humiliation she suffered in Ooty, she approached the Supreme Court though a public interest litigation to strike down the Travancore Christian Succession Act of 1916. The court agreed in a landmark decision in 1986, which sent shocks waves through the Syrian Christian community.

“I just wanted to establish the fact that I am as good as any man,” says Mary. “The law was very unfair.”

At her home in the Pallikoodam campus, with its large glass-paned windows, and trees all around, Mary asks her maid to do acupressure on her palms as she is feeling a persistent ache. An asthmatic, who also suffers from arthritis, she says, “My life has been a painful, as well as a joyous journey in every sense of the word.”