The dark side of life 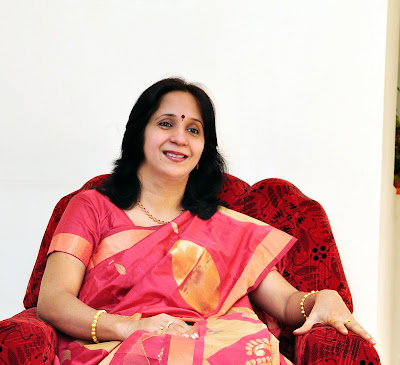 When Dhanalakshmi's marriage ended, she felt bereft and alone. But future events confirmed to her that Goddess Devi was keeping an eye on her welfare

When Dhanalakshmi's marriage began to crumble, she lost her faith in Goddess Devi. “I stopped praying,” she says. “I got very angry with Devi for making me go through this terrible time. I no longer went to the temple.”

Her husband, Satish (name changed) was fifteen years older to her and the marriage, in 2000, got off on the wrong foot from the very beginning. “He mocked my looks, my cooking and my competence as a dentist,” she says. Years of harassment followed.

“In Indian society, a woman who is having a troubled marriage receives so little support,” says Dhanalakshmi, who lives in Thalassery. “I felt suicidal. I just wanted to end my life.” At that moment a friend stepped in and said, “Hey, over a divorce, you cannot just give up. One day, life will become sweet and nice.”

That was the time when Dhanalakshmi's belief in Devi began to revive. “I realised that Devi, through my friend, was helping me in some way,” she says. Then she had an accidental meeting with a competent lawyer. With his help, Dhanalakshmi was able to file for divorce in 2006. Again her husband harassed her by refusing to return her professional certificates and other possessions.

But the divorce finally came through in 2008, at Kannur. The very next day she received an award from Kannikonna Publications at Kottayam for having the best blog – www.dhanak-dhim-dhim.blogspot.com, which contains many of her poems that she writes in her spare time.

“When Devi saw that I was shattered, she immediately gave me something to rejoice the very next day,” she says. Later, when Satish, who also lives in Thalassery, began casting aspersions on her character to all and sundry, it was her faith in the goddess that enabled her to weather the storm.

So why do bad things happen? “It is because of my past karma,” says Dhanalakshmi. “There is no other way to explain it. I believe in reincarnation. The problems that I went through was because of some action in my previous life. So I try not to get upset by it.”

Today, when Dhanalakshmi gets up in the morning, the first thing she does is to say the Lalitha Sahasarama hymn in praise of Devi. And despite all the difficulties, she is convinced God exists.

In the Indira Gandhi Co-operative hospital, at Thalassery, where Dhanalakshmi works, her colleagues tell her about many incidents where the divine power had interceded to save lives.

“Just the other day, a doctor was telling me that certain patients whom he thought would die in the next few moments, survived for years,” she says. “It is in these extreme situations, when medicines become useless, that the miracles take place.”

Once, Dhanalakshmi’s friend was travelling on a bike on the national highway when a lorry hit him. “He flew up high in the air,” she says. “But he landed on a large pile of hay, which had been stacked by the side of the road only that morning. My friend escaped unscathed. This is a direct intervention of God.”

Every month, Dhanalakshmi goes to her favourite temple: the Mookambika Temple at Kollur. “Since I studied in Mangalore, I have been going there since my childhood,” she says. “I always feel that I am going back home whenever I visit the temple. The ambience, the serenity, and the devotion shown by people are so wonderful.”

When Dhanalakshmi stares at the idol, and if her mind is full of worries, she immediately begins to relax. “Devi looks so pretty in her red saree and gold ornaments,” she says.