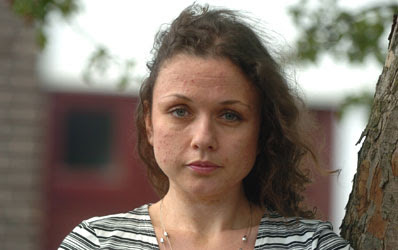 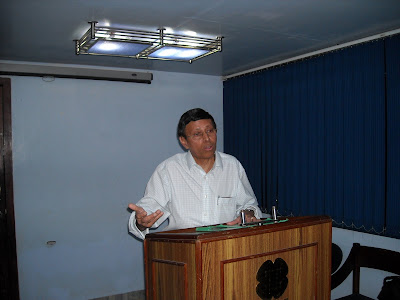 The little-known Vitamin B 12 deficiency can create all sorts of problems like dizziness, hair loss, ulcers, and, more dangerously, multiple sclerosis. The Britain-based Dr. Joseph Chandy has been administering B 12 injections which has led to a dramatic improvement in the health of his patients

In a BBC One documentary, ‘Inside Out’, which can be seen on You Tube, Catherine Iceton, of Horden, Britain, had been diagnosed with multiple sclerosis. “I could not see or walk properly,” says the mother of two. “My life had come to a standstill.” Seven years went past.

In August, 2006, she came under the care of the Pala-born Dr. Joseph Chandy Kayalackakom, the general physician in the National Health Service (NHS) at Horden. “As soon as I saw her I knew she had a Vitamin B 12 deficiency,” he says.

A blood test revealed that Catherine had a B 12 level of 175 nanograms per litre (ng/l). This was far lower than the normal 500 to 1000 ng/l. Immediately Dr. Chandy put her on 1000 mg injections every day. Within a matter of weeks, there was an unbelievable impact. Catherine was able to walk, and her eyesight was restored. “The nightmare was over,” she says.

The Vitamin B 12 deficiency is little known. And Dr. Chandy stumbled over it by accident. At the Medical College in Alleppey, in 1966, he came across patients who suffered from multiple sclerosis and other neurological disorders. On a sudden inspiration, he checked their Vitamin B 12 levels and discovered that it was very low. He began giving injections and the patients improved quickly. Interestingly, all the patients were vegetarians, but that did not surprise Dr. Chandy.

The B 12 vitamin can only be obtained from red and white meat, milk, eggs, and fish,” says Dr. Chandy, while on a brief visit to Kochi. “So, there is a strong likelihood that vegetarians could have this deficiency.”

Apart from the drawbacks of a vegetarian diet, many people lack an enzyme in the stomach which helps to absorb the B 12. “It is for this reason that among meat-eating Caucasians, 20 to 40 per cent of the population suffers from a B 12 deficiency,” says Dr. Chandy. The absence of this enzyme can be a genetic trait. “That means that if a mother lacks it, there is a strong possibility that her children will also be B 12 deficient,” he says.

So what are the symptoms of this deficiency? “Tiredness, extreme fatigue, depression, and low moods,” says Dr. Chandy. Other signs include dizziness, hair loss, numbness in the hands and feet, mouth ulcers, palpitations of the heart, diarrhoea and burred vision. “It affects every gland and system,” he says.

Incidentally, 80 per cent of Dr. Chandy’s patients are women. “They have more glands than men,” he says. “They have breasts, ovaries, and the uterus. Women have menstrual periods and menopause, and they go through childbirth. All these adjustments causes disturbance to the metabolism. So they are more vulnerable.”

Meanwhile, not everybody was convinced about this diagnosis of Dr. Chandy. In the NHS the rule is that Vitamin B 12 treatment can be prescribed only if the deficiency is 150 ng/l, but the doctor was treating patients even with a count of 300 ng/l. So, he was barred from administering the B 12 by the Primary Care Trust (which is a part of the NHS). Immediately, some patients, who were suffering from multiple sclerosis, went back to their wheelchairs, because of the lack of the vitamin.

“I would have been sacked a long time ago, but I had kept meticulous records of my patients over the years,” he says. Now, the Primary Care Trust has allowed Dr. Chandy to continue, having realised that there is nothing wrong in the treatment. The doctor says that it is a lack of awareness in the medical fraternity that has caused so much of problems for him. “But my best witnesses are my patients,” he says. “Talk to them and they will vouch for the effectiveness of my treatment.”

In Kochi, Thomas George (name changed) had suffered from a debilitating nerve condition. Thomas had an accidental meeting with Dr. Chandy on a previous visit a few months ago. A blood test revealed a figure of 175 ng/l for B 12. The doctor immediately recommended injections.

“I was skeptical,” says Thomas. But he did a lot of research on the Internet and was finally convinced. After two months of injections, the tremors have stopped. “My health has improved remarkably,” says Thomas.

Now, after 30 years, Dr. Chandy is finally receiving recognition for his work. In September, the India International Friendship Society conferred their 'Glory of India' award to Dr. Chandy for his outstanding contribution to Britain.

On November 19, Prime Minister David Cameron invited Dr. Chandy, along with several other prominent Asians, to celebrate Diwali at 10 Downing Street. Dr. Chandy took the opportunity to tell Cameron about the miracle vitamin.

To know more about Vitamin B12, check out Dr. Chandy’s web site: www.b12d.org.

Nothing rude about this life 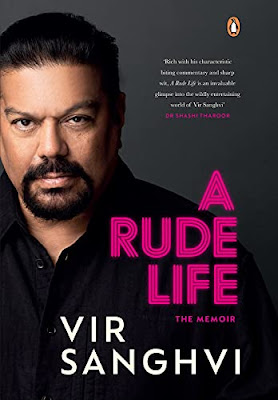