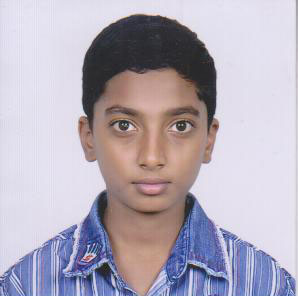 By Shevlin Sebastian
Photo: Rohit Varghese
Saju Pappachen was very angry with his 16-year-old son Rohit. On September 3, he told his father that he had to go for special classes, but later in the day, through his neighbour, Saju realised that the St. Joseph ’s European High school in Bengaluru was closed because of the Sports Day, which had concluded the day before. When Rohit returned that evening, Saju questioned him at length, accompanied by his wife Reny, his elder brother Sabu and his wife Dr. Mercy. “He said he was playing football, but his clothes were not dirty at all,” says Saju. Astonishingly, this interrogation lasted till 2 a.m.
The next morning, Saju and Reny took Rohit to school. As the teenager waited on the playground, the parents met the class teacher Uday Kumar who gave them the shocking news that Rohit had been absent for the past two weeks. One reason why the school did not inform the parents was because it was only a couple of hours of special classes, as there was sports and cultural practice taking place. An incensed Saju went in search of his son, but he could not be found. Even though the school gates were closed, at one side, some construction work was going on, and Rohit seems to have slipped out from there.
The boy has been missing for the past one month. A desperate Saju, who works as project manager for a IT company, lodged a police complaint. He accompanied them on their searches in malls, parks, fast food joints, shops, and Internet cafes. Rohit’s friends told Saju that his son was addicted to computer games. “Apparently, he spent hours at Alienware, the computer gaming centre run by Dell,” says Saju. The father met senior police officers and politicians and placed ‘missing person’ advertisements in the local newspapers and in Kerala and. But so far, there has not been a single response.
The parents had been worried about Rohit for a while because he was failing in his exams. “He is a very intelligent boy, who can do the Rubik’s Cube in 60 seconds,” says Saju. “But when it came to his studies Rohit was not interested. So I have been strict with him.”
Saju, who also has a nine-year-old daughter, Sneha, is on an extended leave. “I have gone beyond fear, anxiety, and worry, and approaching a state of madness,” he says. “I spoke to more than a hundred parents and they told me they were treating their children with the same mix of discipline and love. I don’t think I have done anything wrong.”