The lost world of letters 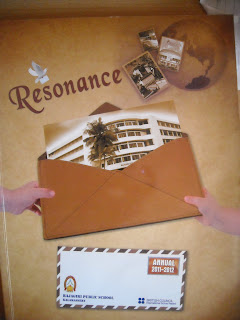 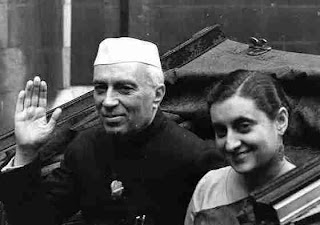 As more and more people communicate through e-mail, letters -- and its wonderful but fading charm -- has been captured in an annual school magazine

By Shevlin Sebastian
Photos: The cover of 'Resonance', the annual magazine of the Rajagiri Public School; Jawaharlal Nehru with daughter, Indira Gandhi


Writer Susan K. Joseph, in the ‘Viewpoint’ column of this newspaper, says, “There is something so deeply emotional about receiving a handwritten letter - the anticipation of carefully opening the letter nestled in an envelope, the barely perceptible creases and stains on the page, the unique flourishes of the writer’s script.” Susan bemoans the forgotten art of letter-writing in this era of endless e-mails.

And the impact is felt at the post office, too, where the number of personal letters has drastically gone down. Says a post office official in Kochi: “Private letters are far fewer these days. But this is more so in the urban areas, where e-mail use is more prevalent.”

Sensing this, the Rajagiri Public School came up with an innovative concept for their annual ‘Resonance’ magazine: an issue dedicated to the receding world of letters. As chief editor Mercy George says, “With so much use of the Internet and e-mails, we wanted to remind our students about the graceful and wonderful world of letter-writing.”

'Resonance' begins with student Cherian Chacko Manayath quoting several famous letters in history: Here is what Red Indian Chief Seattle wrote to the US Government in the 1800s.

“The President in Washington sends word that he wishes to buy our land. But how can you buy or sell the sky? the land? The idea is strange to us. If we do not own the freshness of the air and the sparkle of the water, how can you buy them?”

Former Prime Minister Jawaharlal Nehru wrote several letters to his daughter, Indira Gandhi, while serving a two-year prison term. In one, he said, “Never do anything in secret or anything you wish to hide. For the desire to hide anything means that you are afraid, and fear is a bad thing and unworthy of you.”

Of course, there are all types of letters: acknowledgement, apology, appreciation, complaint, inquiry, order and recommendation. And, not to forget, love letters. Class 9 student Joel Peter James points out that French ruler Napoleon Bonaparte (1763-1821) wrote as many as 75,000 letters in his lifetime, several of them to his beautiful wife, Josephine.

Here’s one, written in December, 1795: “I awake filled with thoughts of you. Your portrait and the intoxicating evening which we spent yesterday have left my senses in turmoil. Sweet, incomparable Josephine, what a strange effect you have on my heart! You are leaving at noon. I shall see you in three hours. Until then, a thousand kisses, but give me none in return, for they set my blood on fire.”

And staid-looking former British Prime Minister, Winston Churchill, married to his wife, Clementine for 56 years, wrote on January 23, 1935: “In your letter from Madras, you wrote some words about my having enriched your life. I cannot tell you what pleasure this gave me, because I always feel so overwhelmingly in your debt. What it has been to me to live all these years in your heart and companionship no phrases can convey. ”

Letter-writing is an art. And Elizabeth Varghese gives some tips: “A letter is actually a talk on paper. All you have to do is to be the same as you would speak. If it is to a superior, it should be respectful; to inferiors, courteous; to friends, familiar, and to relatives, affectionate.”

Those of you who are nostalgic about the lost world of letters, you could take part in the World Postal Day on November 8. More than 150 countries celebrate this day in a variety of ways. “In some countries, philatelic exhibitions are organised, and new stamps are issued,” says Anna Ben Jacob. “Other activities include the display of World Poster Day posters in post offices and public places and the holding of conferences and seminars.”

But, unfortunately, the era of using an ink pen, and writing a letter, folding it and putting it in an envelope, then pasting a stamp on it and the slow trudge to the letter box to post it is fast coming to an end. In a poll in Britain, more than 50 per cent of the students in the 15-19 year age group have never written and posted a letter in their entire lives.

Bad news: The digital future is swarming all over us!

(The New Indian Express, Kochi and Thiruvananthapuram)
at October 13, 2012