Sex queen as an everyday woman 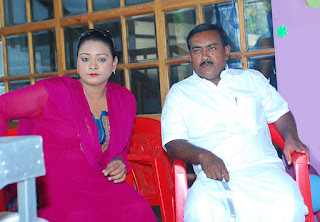 After a day’s media frenzy, in which numerous television channels recorded her every move on the sets of her latest Malayalam film, ‘Neelakurinji Poothu’ at Kochi , former soft-porn star Shakeela is in a relaxed mood in her hotel room that evening. She is wearing a nightgown and speaks fluent English even though she says, “I failed my Class ten exams and did not study further.”

She is hospitable and kind, and when an aide brings a fruit juice in a tetra-pack, for the visitor, she says, “Oh that is very bitter. Get another brand.”

When asked why there is still so much of interest in her, she laughs and says, “People are curious to know whether I am a sex symbol in real life also.”

But producer Jaffer Kanjirapally, who is sitting next to her, is not complaining. “I made 19 films with Shakeela and made a lot of money,” he says. “I am trying my luck again with her.”

Shakeela talks easily about the many incidents in her eventful life, including her encounters with another sex queen, the late Silk Smitha. “When I saw Silk Smitha on the sets at the AVM Studios in Chennai for the first time, she was leaning back on a chair, her eyes closed, with two air coolers on either side,” says Shakeela. “I thought to myself, ‘An actor’s life seems to be a royal one.’”