A Bureaucrat's Many Avatars 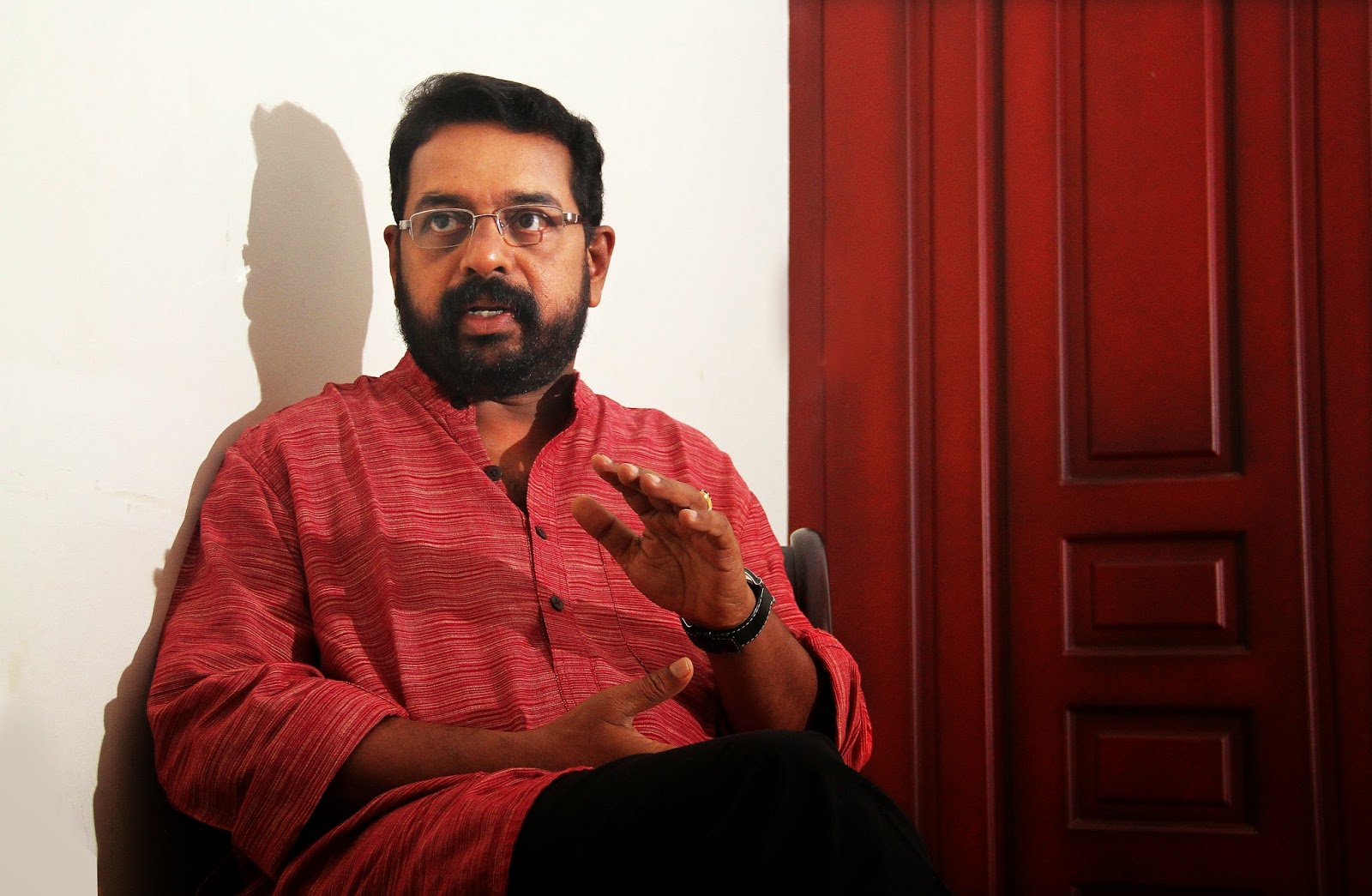 At 3 a.m., on December 8, 2012, the then Collector of Kozhikode KV Mohankumar, along with a team of policemen and revenue officials, stood under a canopy of trees by the side of a road in the town of Feroke. Mohankumar had received a tip that sand, mined illegally from rivers, was being taken away in tipper lorries.

Soon, a tipper lorry was seen in the distance. Mohankumar, along with two officials, stepped on the road and gestured for it to stop. In response, the driver pressed the accelerator. Immediately, Mohankumar and the squad got into an Innova car and gave chase.

The lorry driver sped ahead for a while, then turned suddenly into a bylane and braked. Thanks to the quick thinking of the Innova driver, he braked equally hard. All at once, the bed of the truck rose up and sand was deposited on the road. “We were lucky,” says Mohankumar. “Since we were a bit behind, the sand did not fall on the car and cause injury to us. That was the aim of the driver.” Thanks to the barricade caused by the sand, the lorry driver was able to flee easily.

This was one of Mohankumar's experiences during his day job. But, at night, he takes on another avatar. From 10 p.m. to 4 a.m., he is a writer. So far, he has published 14 books, a mix of autobiographical sketches, short-story collections and novels.

The themes of his novels include political satire, social drama, Tantric Buddhism, and the Punnapra Vayalar Communist uprising in Travancore, in October, 1946.

However, the bureaucrat’s life took an interesting turn when Sivan, the father of director Santosh Sivan, asked Mohankumar to write a script based on a short story by Malayalam writer N. Mohanan.

“It was about a deaf and dumb child,” says Mohankumar, who is now Commissioner for Rural Development. To know about script-writing, Mohankumar studied the scripts of Jnanpith Award winner MT Vasudevan Nair and acclaimed directors like Adoor Gopalakrishnan and Padmarajan.

Mohankumar's script, which took one month to write, became ‘Keshu’, a children’s film, directed by Sivan. This won the Kerala state as well as National award in 2009 for the best children's film. It was also selected for the Indian Panorama section at the International Film Festival in Goa.

Asked the difference between writing novels and scripts, Mohankumar says, “In novel writing, there is a lot of freedom and you have to cater to one reader. But when we write a script, we have to visualise the scenes from the point of view of a mass audience.”

Sometime ago, the noted Mollywood director VK Prakash called and said he wanted to make a film of Mohankumar's first novel, 'Shradha Shesham,’(Beyond salvation). So Mohankumar wrote the script. Just recently the shooting was completed. The film stars Narain and Meera Jasmine.

And, amazingly, the versatile Mohankumar also acted in the film as Meera Jasmine's father. “I love being an actor,” he says. One reason is that acting runs in the family. Mohankumar’s father, K. Velayudhan Pillai, had been an actor in the troupe of famed actor Sebastian Kunjukunnu Bhagavathar.

Meanwhile, Mohankumar has been amazed by the changes in Mollywood. “It has been taken over by the youngsters,” he says. “Earlier, one or two people would enter the industry once in a while. Now there are hundreds of new actors and technicians. It is highly competitive now, but I regard it as a positive change.”

(Sunday Magazine, The New Indian Express, South India and Delhi)
at May 12, 2014