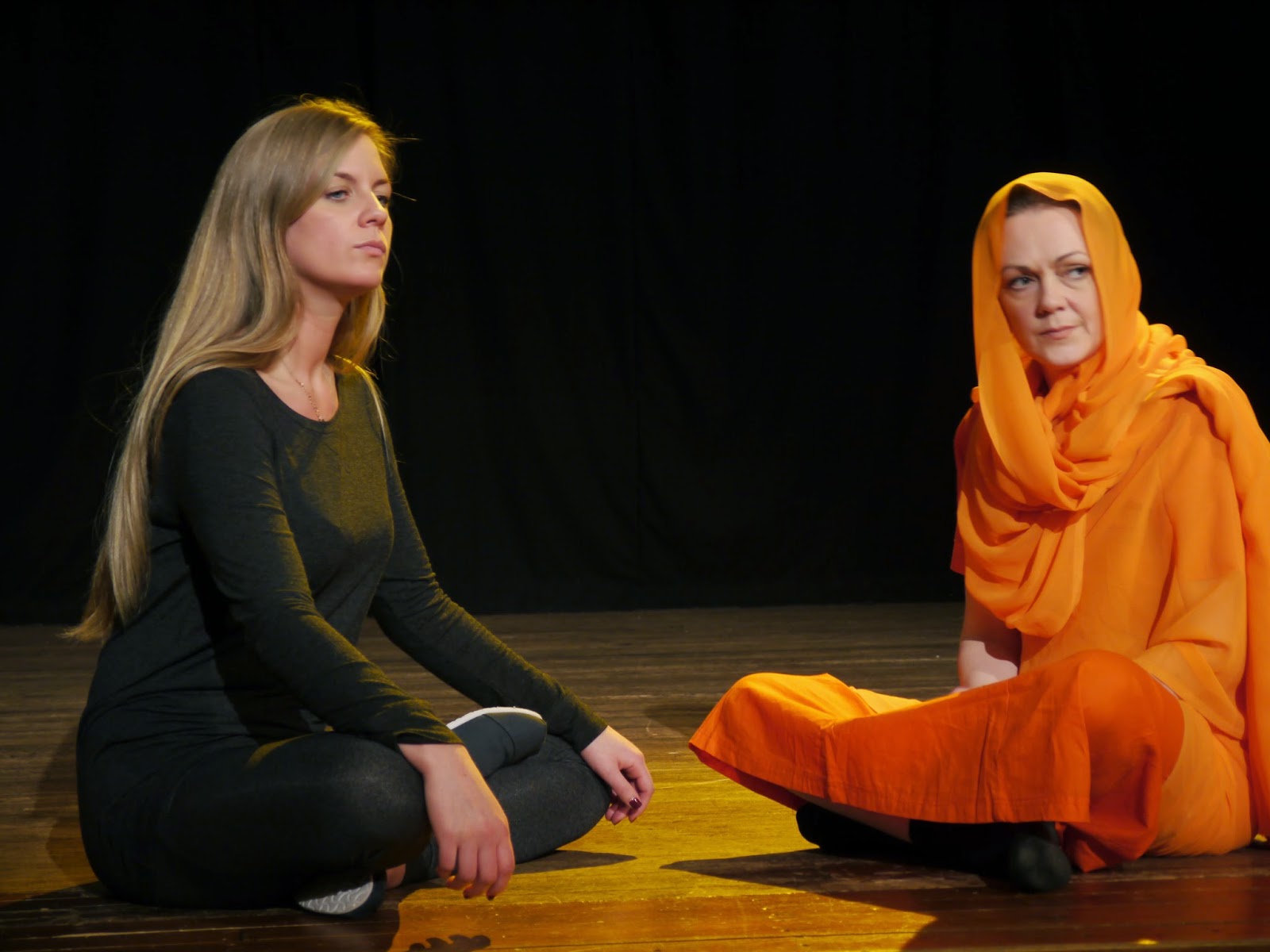 Playwright Gopi Warrier's plays, 'Ego Of The Yogis' and 'Polyester Lordship', on Indian themes, have been performed, to acclaim, in London

One afternoon, in 1984, Gopi Warrier pressed the bell for the lift in a hotel in Nuremberg, Germany. When the door opened, eight policemen jumped out with guns, and said, 'Don't move or we will shoot.' Gopi put up his hands and the police searched him. Thereafter, they took him to his room.

A thorough search was done. Then one of the cops took out a picture of Carlos The Jackal, the most wanted terrorist in the world at that time. “Unfortunately, with my spectacles, I look just like him,” says Gopi. “They drove me to the police station to take my fingerprints.” It was quite some time before the police realised they had made a mistake.

But there was no mistake in the reception of Gopi's two plays, 'Ego Of The Yogis' and 'Polyester Lordship', which is being staged by the Theatre of Devas and New End Theatre at the Steiner Theatre in London. “Yes, a lot of people have expressed their appreciation,” he says.

Dr. Michael Yorke, a former BBC director and award-winning film-maker, says, “I was fascinated by Gopi's plays and, particularly, by the 'Ego of the Yogis'. It was provocative and suitably cynical. Overall, it was a professional production, superbly directed, and acted.”

Interestingly, both the plays deal with Indian themes. In 'Ego Of The Yogis', an upper-class English girl, Ilona Foxpitt, meets an Indian man, Kumar, a professor of philosophy, who talks to her about the nature of illusion. She does not see him after that first meeting. So Ilona goes in search of him, visiting yoga centres, to learn about Indian spirituality and philosophy. “Ilona found them mechanical,” says Gopi. “All of them peddle western yoga. She gets disillusioned.”

During the play, for the first time, philosopher Adi Shankara's famous poem, 'Kanakadhara Stavam', which he recites in the house of a poor woman who gives him alms, is sung on a London stage.

In the second play, 'Polyester Lordship', a young man, Peter Bynham, recruited by a British firm, Beechcroft and Sons, comes up with a plan. Beechcroft is a minority shareholder of a company in Mumbai, which is sitting on a huge tract of land. “Peter's idea is to gain 51 per cent ownership, and force the workers to move off, so that Beechcroft can sell the land at a huge profit,” says Gopi. Not surprisingly, the mafia and politicians get involved. In short, it is a look at contemporary India.

Although Gopi is a businessman, writing is in his genes. His grandfather, M.R. Krishna Warrier was once a leading poet of Kerala. His father, G.P. Warrier, was a former chairman of the Indian National Railways and Principal Secretary to the Government of India. Gopi himself took an MBA at the London Business School, and studied at the French Business School near Paris, and at the New York University Graduate School. And he gives an interesting reason to leave India. “I wanted to avoid being observed by my family all the time,” he says. “So I escaped to England.”

In London, Gopi runs an Ayurveda hospital and a foundation to help struggling writers. When he is the mood to write, which is usually at his office, he dictates to his secretary, Mrs. Jassal. So far, Gopi has staged seven plays. “More are in the offing, including a book of poems,” he says.