For The Love Of Elephants 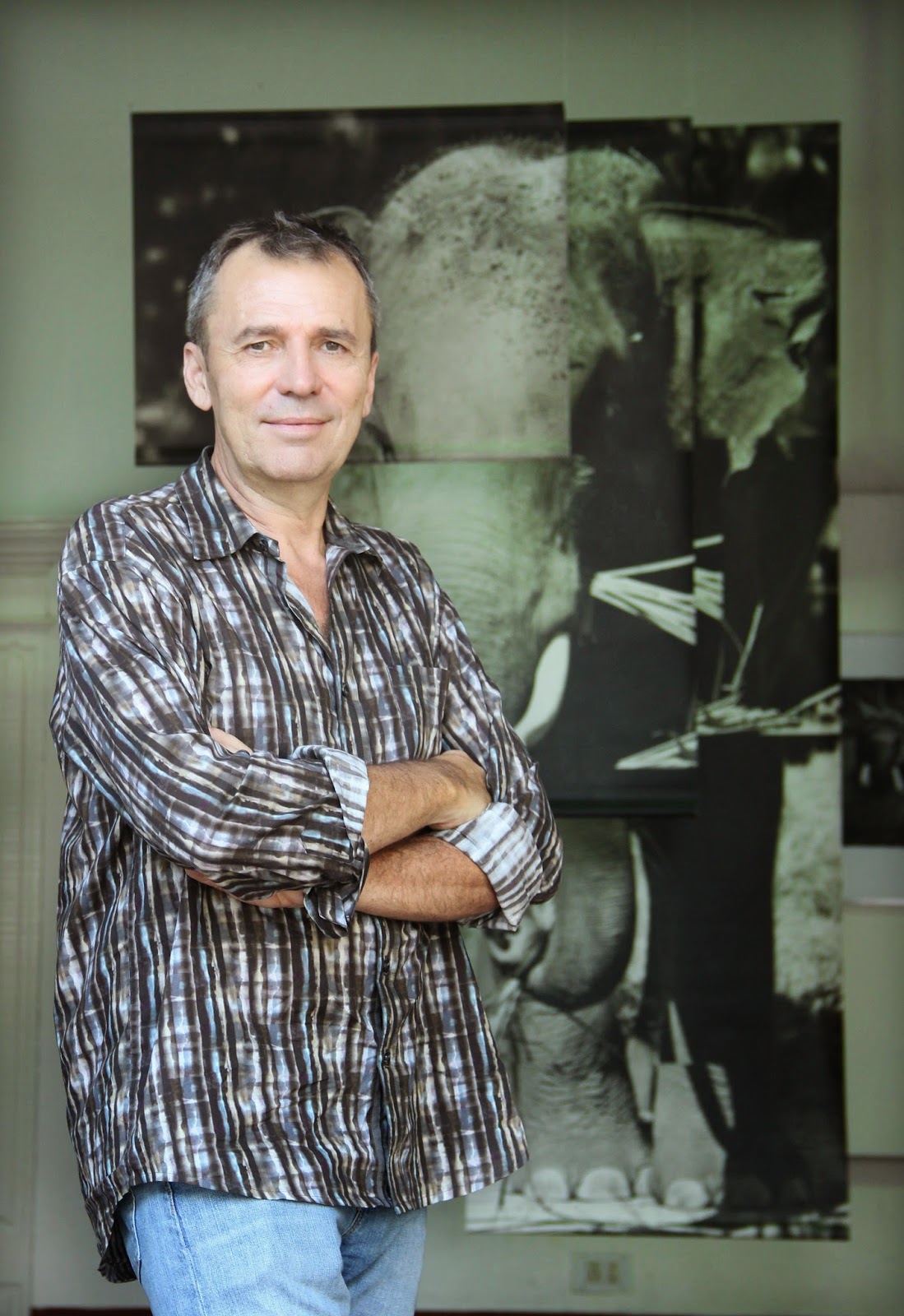 Dag Goering has spent the past several years trying to save elephants in India, many parts of Asia and Africa

In 2007, Canadian veterinarian Dr. Dag Goering was in Jaipur, along with his wife, the writer Maria Coffey. They were visiting a NGO called ‘Help in Suffering’, which helps animals in distress. Suddenly, there was a telephone call. An elephant was about to give birth at the Amar Fort, 11 kms away. This was the first time in 50 years that such an event was happening in Rajasthan. The mahouts, understandably, were nervous. So Dag, along with another doctor, went to see the birthing process.

“The calf was perfectly fine,” says Dag. “But it was helpless, like a human baby, and could not control the trunk, which kept rotating.” As he stared fascinated, one of the elephants gripped Dag's wrist with its trunk and pulled him up. “I suddenly found myself staring into the eyes of the elephant,” says Dag. “There was intelligence and all kinds of emotions in them. I could sense another world. It was a magical experience.” As the elephant set him down, Dag had an epiphany: he wanted to spend the rest of his life working with them.

The couple set up an organisation called Elephant Initiative. “The aim is to make the world a better place for captive as well as wild elephants,” he says. They have worked extensively in Kenya, Laos, Thailand and now India. At Kochi, sometime ago, Dag had set up a photographic exhibition, ‘Elephant Enigma: A Journey Into The World of Giants’. There are photos of the mammals drinking from a water source, playing with calves, going for a walk in the jungle, and washing themselves in the river, using their trunks.

The elephant's trunk is unusual. “It is a nose,” says Dag. “And it also feeds with it.” The trunk has 40,000 muscles. That is why it takes a long time to coordinate the muscles. The trunk is also used as a weapon, like a battering ram. It becomes a snorkel when swimming underwater. The elephant also uses it to make sounds, like a trumpet or a deep rumble.

Elephants are similar to humans because they also go on dates with each other. “In fact, smell plays a big role in dating,” says Dan. “They will put the tip of their trunks in the other one's mouth. That is because they have a tasting organ in the mouth. Or they will touch the body.” If there is a mutual understanding, the couple will wander off and spend days together. Interestingly, like humans, elephants a strong sense of family.”

In fact, elephants have a matriarchal society. The matriarch is the one who passes knowledge to the younger ones. And she has a long memory. If there is a drought somewhere in Africa, the chances are the oldest one will remember the last big drought thirty years ago. And she will know where to go to get water. In fact, a study has revealed that the herd with the oldest matriarch is likely to survive than one where the matriarch has been killed.

“The poachers kill the matriarch because, among African elephants she has the biggest tusks,” says Dag. “Around 10 percent of the population is killed every year. So the future looks bleak.”

In India, also, there are many deaths due to human-elephant conflicts. “There is so much pressure of space, because of the huge human population,” says Dag. “The elephants do not have the land to move about. So they attack human habitats for food.”

Nevertheless, despite this, India has an elephant population of 20,000. “It is astounding that there are so many,” says Dag. “But the country has everything from bears to leopards. It just shows that the people care about animals and that is really heartening.”

However, what is not heartening is that, in order to gain control of these mammals, man has used brutality. In most parts of Asia, when an elephant is captured it is put in isolation. “This is akin to solitary confinement,” he says. “The elephant is deprived of sleep. Then loud music is played. In the end, beatings are administered, till the spirit of the animal is broken.”

But because they have been traumatised, elephants can become unpredictable and dangerous. “At some point, it can attack the mahout,” says Dag. “There are many cases like that in Kerala. The best way is to develop positive and loving methods of training, like operant conditioning, when they are initially captured. My aim is to introduce this in India.”