The World of Terror 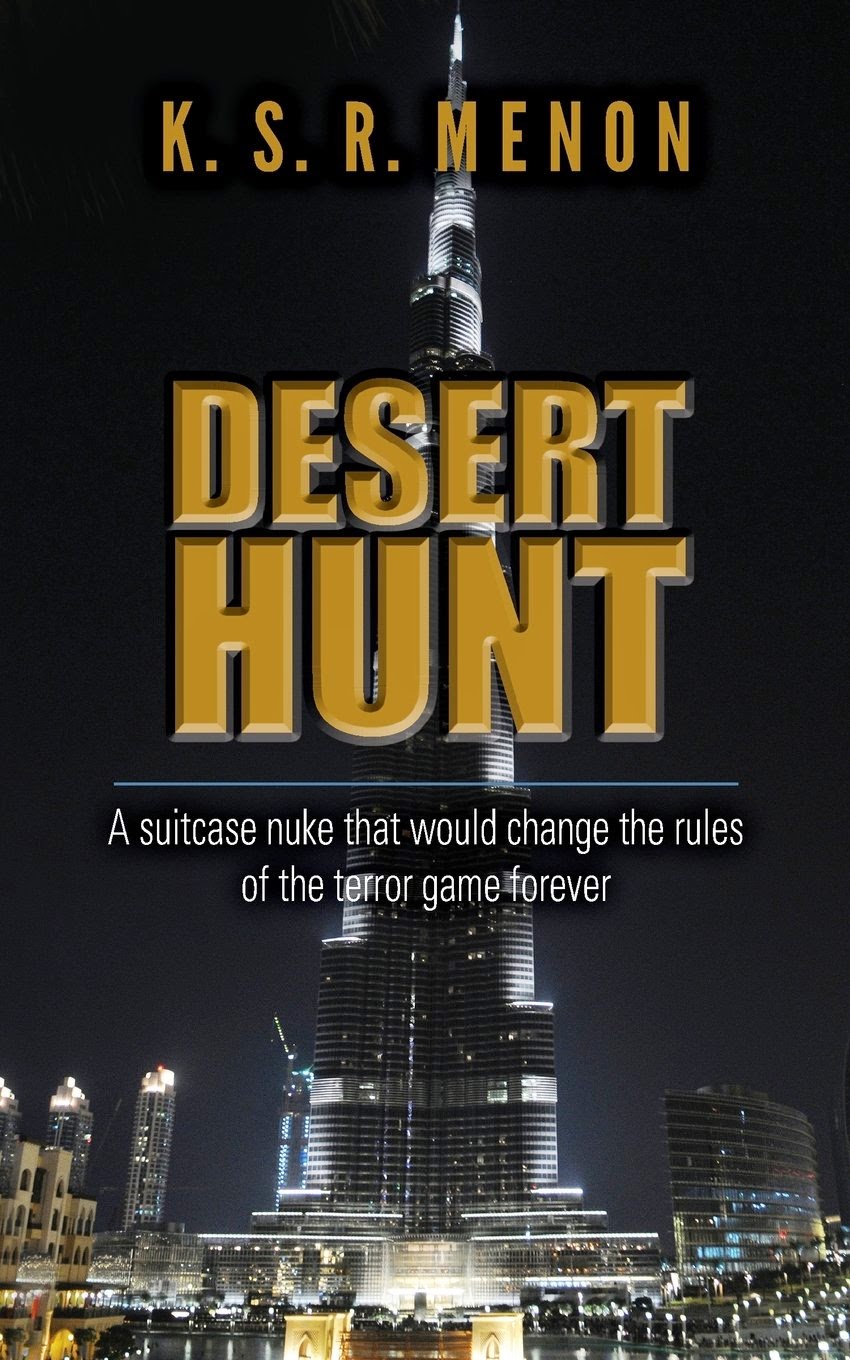 'The window given for the execution [of Mohammed Amin] and escape was just 45 minutes, including the time taken at the reception desk to clear the bill and check out. The elder partner took out a syringe filled with one hundred milligrams of succinylcholine, which the Mossad has traditionally used to mask their killings, and injected it into Amin's limp body. The chemical would make the assassination look like a natural death. The younger man took a pillow and suffocated the man who for more than twenty years had been a thorn in the flesh of the Zionists.'

This is an extract from 'Desert Hunt', by KSR Menon, a gripping, fast-paced and highly readable thriller about terrorists and security agents playing cat and mouse games in the dazzling city of Dubai. The scene described above eerily follows the actual-life assassination of top Hamas commander, Mahmoud Al-Mabhouh, on January 19, 2010, at the five-star Al-Bustan Rotana hotel in Dubai. It was suspected to be a Mossad (Israeli) operation: 33 people, with fake passports, arrived at Dubai, did the killing, and fled. The murder has remained unsolved till today.

Menon knows Dubai well. He has worked there as a correspondent for more than 15 years, and was employed with the Press Trust of India, the United News of India, and for other newspapers. “I have an idea of the security apparatus,” he says.

In fact, one of the memorable characters in 'Desert Hunt' is Colonel Sheikh Sultan, the director of the Al-Khaleej Intelligence Directorate. And it is Sultan who keeps a track of all the espionage happenings taking place in Dubai and elsewhere in the United Arab Emirates.

“There are many people like Sultan,” says Menon. “They like to go out in the field. In fact, Arabs are not inclined to be intellectual. The desert life has been tough. It is only less than 100 years that they have made so much money thanks to oil. For many decades, they lived without water or electricity.”

Menon says that the threat of terrorism remains high in the Middle East. “This is something that is waiting to happen,” he says. “The location of the Americans and the British diplomatic missions in Dubai make them very vulnerable. Al Qaeda can attack them easily.”

And they would want to do it, because of the worldwide impact. There is a growing perception among terrorists that attacking India has brought in diminishing returns.

“In India, if you kill a hundred people nothing happens,” says Menon. “It is such a vast country with a huge population. The next day, for their livelihood, people will step out on the streets. But the terrorists will lose trained hands. If one terrorist dies, then they must have some returns from that. In America, the government is very alert. There is tight security everywhere. So they are now looking to target Americans outside America.”

Menon has been prescient about this. After he published the novel, which, incidentally is available on Amazon, the Islamist group Al-Shabaab killed several Westerners at the Westgate Mall in Nairobi on September 21, 2013.

An attack in Dubai is possible because it is home to people from more than 100 nationalities. And among this kaleidoscopic mix, there are trouble-makers like the members of the Taliban, the Lashkar E-Taiba, and Hamas.

Meanwhile, another interesting character in the book is the Director of RAW, K. Subba Rao. He was modelled on the late K. Subrahmanyam, who is regarded as the father of defence strategy in India.

Earlier, while based in Delhi, Menon had worked with Subrahmanyam at the Institute for Defence Studies and Analyses for a year. “He was brilliant,” says Menon. “Subrahmanyam had a photographic memory. We would have regular meetings and he could remember what had exactly transpired after many months. The Americans hated him because he would quote what they had said earlier, and prove that they were contradicting themselves.”

Interestingly, Menon is also experiencing some contradictions, while he stays in Aluva, where he has settled down a few months ago. “It is a good place to stay,” he says. “But the power goes off 15 times a day. It indicates poor governance. Think of this: V-Guard stabilisers is one of the most successful businesses in Kerala. That shows the inefficiency of the system. You don't need stabilisers anywhere in the developed world.”

And the roads are so bad after the rains. “We are always comparing the roads with what it was like five months before,” he says. “If there are potholes, people live with that and are happy if the streets get a temporary repair.”

Menon faults the Communist mind-set of the people. “The Left mind-set glorifies poverty,” he says. “We are sitting on a gold mine, as Kerala can be a global trade hub, like Dubai, as well as a prominent tourist destination, but we are perpetuating poverty. Political parties have vested interests. They want people to remain economically backward. It is easy to control votebanks if they are poor.”