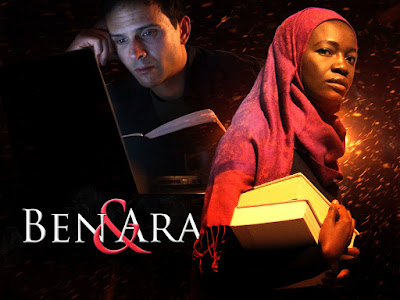 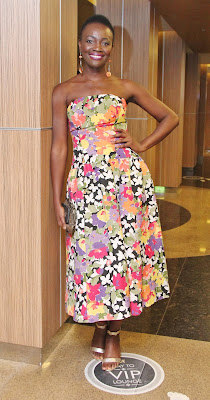 American actress Constance Ejuma talks about her film, 'Ben & Ara', which was shown at the All Lights India International Film Festival in Kochi

When American actress Constance Ejuma walked down the red carpet at the All Lights India International Film Festival at the Cinepolis, Kochi, she immediately caught the eye. Tall and slim, in an off-the-shoulder patterned dress, and gold stillettos, she had a style and grace of her own. This was the first visit to India for the Los Angeles native.

And she had come to show her first film, 'Ben & Ara', which stars upcoming actor Joseph Baird and herself.

The story is about an African Muslim woman, Ara, who falls in love with an agnostic man, Ben Johnson, a struggling doctoral candidate. “The film explores the tensions that arise as a result of their conflicting philosophies,” says Constance.

So, when Ara says, “My faith in Allah has been a source of strength and peace for me,” Ben replies, “I am an agnostic. I don't have a religion.”

Nevertheless, there is a mutual attraction, which Ara's mother observes and issues a warning to her: “We only experience love through Allah. This is going to make you an outcaste. You know that.”

But like any young woman, Ara wants the freedom to live the life that she wants. “And so even though Ara believes whole-heartedly in Islam there is a part of her that has a desire to go out into the world and explore,” says Constance. “She wants to be open to Western culture.”

Interestingly, unlike Ara, in real life, Constance is a practicing Buddhist. “I walked away from Christianity because I had too many questions, which it could not answer,” says Constance. “I was not experiencing the spiritual fulfillment that believers seemed to be experiencing. So, I became disenchanted and stopped going to church.”

Six years ago, a friend introduced her to Buddhism. “Buddhism is more about humanism than about worshipping a deity,” says Constance. “It is more about connecting with other human beings, nature and the environment we live in, and having respect for them.”

When she is in a low mood, Constance chants the mantra, 'Nam Myoho Renge Kyo'. “I always get peace of mind when I say it,” she says.

In Kochi, Constance found the Malayalis peaceful, open, and kind-hearted. “The food was different and tasty, while the weather reminded me a lot about Yaounde, Cameroon, where I was born,” she says.

Constance migrated from Cameroon, as a child, with her mother to America. When she grew up, she studied theatre at the University of Toronto and got a master's degree in mass communication from Leicester University in the UK.

Incidentally, 'Ben & Ara' received an Honourable Mention in the 'Best Feature Film' section at the Kochi festival. Earlier, the film was screened at a women's festival in Los Angeles. “Very soon, it will be shown in Beijing, China, and Marbella, Spain,” says Constance. “Later, we will be doing the film festival circuit.”

(The New Indian Express, Kochi and Thiruvananthapuram)
at November 26, 2015