Different From The Rest 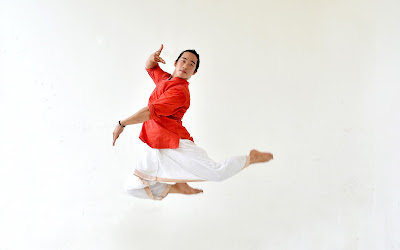 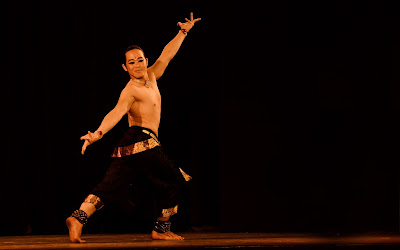 Charles Ma is perhaps the first, of Oriental origin, to become a Bharata Natyam dancer

In 2007, when Charles Ma entered the venue for the dance competition during the Saarang fest at the Indian Institute of Technology in Chennai, it was overflowing with female participants. “There were 48 women and two males,” he says. “Many of the girls raised their eyebrows at me, wondering what I was doing there. A few cracked jokes.”

But there was a reason for their reaction. Charles has slanting eyes and is very fair. And that is because of his lineage. While his father is a mix of a Nepali Hindu and a Buddhist Chinese (the surname Ma is Chinese), his mother comes from Chinese and Naga origins. But Charles' parents have lived in Bangalore for several decades. “I am a South Indian by upbringing and influence,” he says. “I like my rice and sambar every day.”

At Chennai, Charles faced the mocking students with an impassive face. He took part and did get a round of applause from the audience.

The results were announced, in the usual order: first the third, then the second prize. “I realised that I stood no chance, but I was glad that I had participated, on behalf of Christ College, Bangalore, and did my best,” he says. “And then suddenly my name was announced. I had got the first place!”

Later, an excited Charles went up to the judge and asked why he had won. She gave a one-word reply: “Passion.”

In fact, passion also summed up Charles' performance at the recent Dharani Dance Festival at Kochi, as he moved across the stage in a fluid and elegant style, especially during the 30-minute varnam (a type of song).

One of Kochi's senior dance teachers and a former Kalashetra student, Girija Ravindranath says, “Charles is an extremely energetic and dedicated dancer. He was able to emote with his whole body rather than with just his face. He moved me and, I am sure, the audience as well."

Ever since he was 16 years old, Charles himself has been moved by the art form. “I don't know why I like Bharata Natyam,” he says. “But this passion burns inside me. I get up and sleep with the art form.”

Initially, he faced a lot of skepticism. “Somebody said, 'You have small eyes, how can you do Bharata Natyam?” says Charles. But one of his earlier teachers gave a fitting to reply to that. “It is not the size of the eyes that matters but the intention in it,” the teacher told Charles one day.

Indeed, Charles has a fighting spirit. “You can call me a white boy, you can say I have small eyes, you can say I cannot dance,” he says. “But I am not here to prove anything. I just want to show that I am as good as anybody else.”

Charles' life changed when he met Poornima Ashok who runs the Nrityanjali dance school. “She warmly welcomed me,” says Charles. “I have been training with her for the past nine years.”

But unlike most dancers, who perform at festivals and cultural institutions, Charles has been a favourite with the corporate crowd. “I do a dance performance as well as give a motivational talk,” he says. “I talk about failing and getting up, and how you can make impossible dreams come true. Like my own life: what was the possibility of me becoming a Bharata Natyam dancer? Through my talks, I want to make a difference in people's lives.”

In fact, Charles has giving rousing speeches at the highly-regarded TED India and Inktalks, as well as schools and colleges.

Once he went to Pesit College to give a performance. He did a theme based on Lord Shiva. “There is a mantra which I say, 'Om Namaha Shivaya',” says Charles. “It is a jaati (pattern) based on the panchakshara mantra.” 700 students clapped.

When he went home and opened his Facebook account, a student of the college wrote, “Namaskaram Sir, I never thought classical dance would bring tears to my eyes. Today your dancing did. And because of you, my life has been changed.”

Charles, 31, was moved by it. But he was not surprised by the reaction. “When I dance I am no longer Charles Ma,” he says. “Instead, I try to become a medium for the divine energy to flow through me.”