When KPAC Lalitha Came to the Rescue 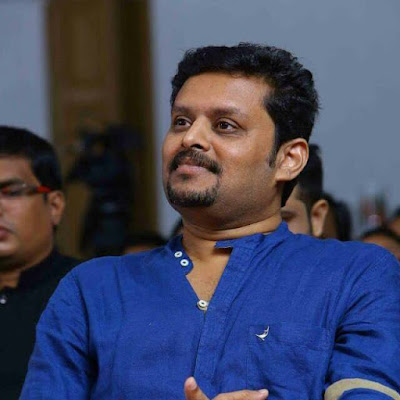 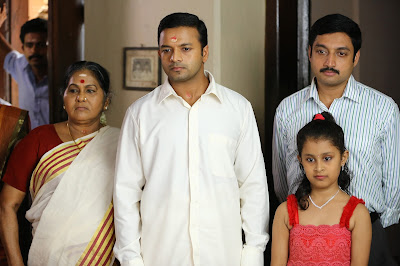 On the morning of September 13, director Ranjith Sankar was going through moments of agony. The next day was the last one of the shoot of ‘Su.. Su... Sudhi Vathmeekam’ at a house in Alathur. But a crisis had cropped up. A day earlier, Sidharth Bharatan, the son of veteran actor KPAC Lalitha, had been critically injured in a car accident and had been admitted to the Medical Trust Hospital in Kochi. Lalitha was now at the hospital.

The last day’s shoot consisted of an engagement scene between Jayasurya’s character, Sudhi Vathmeekan, and Sshivada Nair’s Kalyani. As Jayasurya’s mother, in the film, Lalitha had to be present.

And the shoot could not be extended, as Jayasurya, and the others, like Aju Varghese and Sunil Sukhada, had other commitments.

“I did not know what to do,” says Ranjith. “I could not imagine calling Lalitha Maam on the phone.”

However, at night, on September 13, Ranjith got a call. It was from Lalitha. She said that she would come for the shoot the next day. “I immediately said there was no need, especially at such a moment of crisis,” says Ranjith.

But Lalitha said that Sidharth was in the intensive care unit. And she was sitting outside. “There is nothing I can do,” she said. “I know my presence is very necessary in this scene.
My only request is if you can send me back soon.”

The next day, Lalitha arrived in the morning. And when during the scene, Jayasurya and Ssivada put rings on each other's second finger, a poignant Lalitha said, “During Sidharth's engagement, he did the same thing.”

Ranjith was moved, as were the other actors and the crew. “No matter the tragedy that had taken place, Lalitha Maam was calm and retained presence of mind,” he says. “For me, this is professionalism of a high standard. That is why she is regarded as a legend. And has lasted so long.”

But there were happy moments, too. During Jayasurya’s birthday celebration, on August 30, at Alathur, the crew had gathered around. Among them were Jayasurya’s wife, Saritha, and children Adwaith and Veda, as well as Ranjith’s wife Smitha, and their children Tara and Tarun. “There was a lucky dip,” says Ranjith. “And of all the prizes, the one which Lalitha Maam won was a case of beer.”

The crew had a big laugh, and shared the cans, but not before Lalitha, sportingly enough, shared a can.

“In the end, by the grace of God, everything has turned out so well,” says Ranjith. “Sidharth has recovered and my film is doing well at the box office.”

(Published in The New Indian Express, Kochi and Thiruvananthapuram)
at December 02, 2015