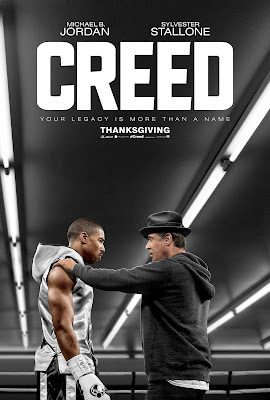 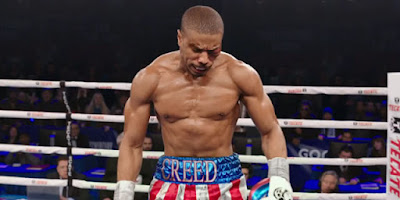 The seventh film in the Rocky series, 'Creed', is riveting and moving at the same time

The Hollywood film, 'Creed', opens with eight-year-old Adonis 'Donny' Creed beating up an older boy in a Los Angeles youth facility. He is quickly pulled away by a guard.

Donny is the illegitimate son of boxing great Apollo Creed, of the highly successful Rocky series. It starred Sylvester Stallone as Rocky Balboa and Carl Weathers as Apollo. Donny's mother died young, so he was living in and out of various homes. And Apollo died even before Donny was born, so the latter had never met his father.

In an early scene, a black woman comes to the facility and says she wants to adopt Donny. She is Apollo's widow Mary Anne (Phylicia Rashad). Donny accepts the offer.

Suddenly, the scene shifts to 2015. Donny, a 21-year-old, is tying boxing gloves on, just before a fighting event at Tijuana, Mexico. He goes to fight local fighters, without telling his foster mother. She wants him to stay away from boxing, because his father had died in the ring during a fight. But even though Donny (Michael B. Jordan) lives in a mansion, drives a flashy car, and has a job in a securities firm, he feels empty. The urge to follow in his father's footsteps is too strong.

So, one day, he quits his job, breaks Mary Anne's heart with his decision, and sets off to Philadelphia to meet up with his dad's foe, Rocky Balboa, who runs an Italian restaurant called Adrians. He wants Rocky to train him to be a world-class fighter. But the retired boxer is happy to live a peaceful life and says no. But Donny does not give up. Over a period of time, he wears down Balboa's resistance. While in Philadelphia, Donny falls in love with a singer, Bianca (Tessa Thompson), who is suffering from progressive deafness.

It is a moving film, with an emotional intensity at the core. Directed by Ryan Cooglar, the fight sequences are worth going miles for, especially the climatic title fight between Donny and champion Ricky Conlan (Tony Bellew). The camera moves up close and almost between the fighters. You can see the sweat and the blood, right in front of your face. The jabs to the face are like thuds to the heart.

In contrast, there are tender moments of love-making between Donny and Bianca. Donny puts up a charming performance, a mix of bravado and sensitivity, and exudes a natural charisma. But it is Stallone, who, as Rocky, is afflicted with Non-Hodgkins lymphoma, during the course of the film, plays his role with simplicity, charm and subtlety. There is already a buzz that Stallone might win an Oscar for Best Supporting Actor for his performance.

This is the seventh film of the Rocky franchise. Thus far, it has garnered worldwide ticket sales of $45 million, and is expected to remain in the top ten for a while. Incidentally, the total box office receipts for the entire franchise is to the tune of $600 million. 'Creed' has ensured that the franchise will continue to move forward, in the manner of James Bond. And if the storyline remains as good and potent as 'Creed', the money will keep flowing in.

(Published in The New Indian Express, Kochi and Thiruvananthapuram)
at December 03, 2015