Exploring the Darkness Within 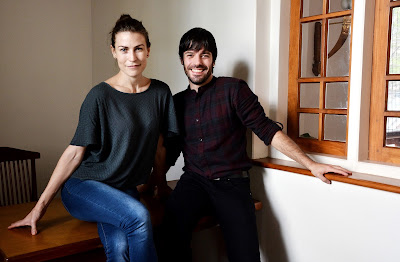 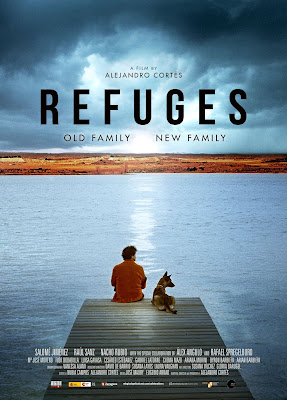 Alejandro Cortes's film, 'Refuges', focuses on the secrets in families

Photo of the couple by Ratheesh Sundaram

Spanish director Alejandro Cortes was in a spot of bother. The interview was originally fixed for noon, on a recent Saturday, but then it got shifted to 11 a.m. “I was in the midst of packing,” he says, at the lobby of the Grand Hotel in Kochi. “We are flying out today. But I am so glad to meet you.”

Alejandro is accompanied by the lead actress Salome Jimenez. A couple of days earlier, they had the world premiere of their 89-minute film, 'Refuges' at the All Lights India International Film Festival at the Cinepolis.

The story is about the relationship between a brother, Pablo, and his sister Julieta and their closest friend Alberto. In between, there are images from the childhood of Pablo and Julieta which shows them playing and studying together and having the occasional quarrel.

“Julieta is torn between the love for her brother and Alberto,” says Salome. “When they grow up, Alberto and Julieta become a couple. Pablo does not like the relationship, because he loves his sister in a different way.”

Indeed, the relation between Pablo and Julieta is incestuous, at least, on Pablo's part. In fact, one of the stunning images of the film is when Pablo gives vent to his feelings and makes love to a still and shocked Julieta, while she is standing naked in the shower.

“There are many forbidden things that happen within families,” says Alejandro. “It can be called taboos or family secrets. People don't talk about it.”

Meanwhile, Alberto, an art professor, is shown giving an audio-visual lecture to students about the career of Italian painter Caravaggio (1571-1610). In the background, one of his famous paintings, 'The Head Of Medusa' can be seen.

Occasionally, Alberto gets voice mails from Julieta asking him to come home. She is pregnant by him, lonely and bored. But he does not do so. Instead, he meets a woman and goes to a party. Later, they make love in a bathtub.

The movie moves very slowly, almost at the pace of ordinary life. Yet, it is disturbing. “The subject that I am most interested in is human weakness,” says Alejandro. “I like to focus on the darkness of life, because it explains the light. I want to tell the audience that there is a shadow inside every human being.”

Alejandro is quick to agree that his films are for an esoteric audience. “It is difficult for my movies to be popular,” says Alejandro. “Unless it is shown regularly at international film festivals, it will not enjoy commercial success.”

This was confirmed by the audience at Kochi. “Some told me it was not an easy film to see,” says Alejandro. “But many praised the symbolism, as well as the cinematography. Anyway, I am hoping that viewers will like my focus on the family.”

Today, Europe is going through fundamental changes regarding the family. “It is not only man, woman and child,” says Alejandro. “Now it is Man-Man and child. Or Woman-Woman and child, too.”

Salome says that it will take a few years before people fully accept these new tie-ups. “But what is clear is that the traditional family model is breaking down,” she says. “Fifty years ago, when a couple got married, they stayed together for life. But that is no longer the case. A couple might divorce within five years of marriage. The different has become the normal. But many in my parents' generation are finding this difficult to handle.”

This is more so, because Spain is a Catholic country. And the church has not accepted same-sex marriage, as yet. “But then Christianity is going down in Spain,” says Salome. “Spain has so many different cultures now. We have people from Africa, Asia, the Caribbean and Latin America. And they are creating their own influences. It is a very good thing.”

Nevertheless, there is a deep-down desire for spirituality. “But people are no longer using conventional methods,” says Salome. “Spain, like the whole of Europe, is in the throes of change.”

(The New Indian Express, Kochi and Thiruvananthapuram)
at December 01, 2015