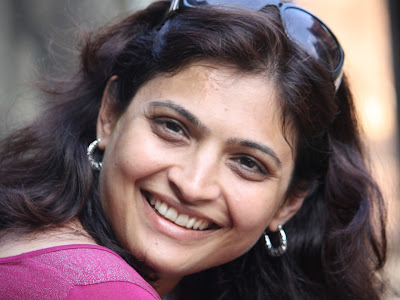 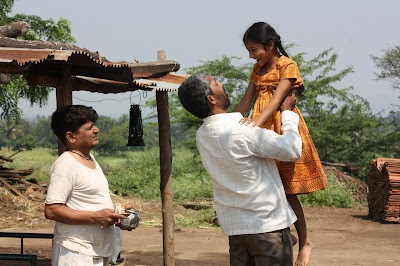 The award-winning Marathi film, ‘The Silence’, which was shown in Kochi recently, focuses on the damage wrought by child sex abuse

Photos: Ashwini Sidwani; a scene from the film

By Shevlin Sebastian
12-year-old Chini lives an idyllic life at a village in the Konkan region of Maharashtra. She plays with pebbles under a tree, amidst the ceaseless twitter of birds. There is a river nearby. She sits on the bank and watches her father trying to catch fish. Sometimes, she goes with a neighbourhood boy to catch cuckoos in the forest. There is a constant smile on her face. Her father, a candy seller, loves her, as well as her elder sister, Manda, unconditionally.

Manda lives in Mumbai and works as an extra in Hindi films. Their mother had died at Chini’s birth. When Chini has her first periods, her father does not know what to do. He secures the help of his brother-in-law who agrees to take Chini to live with his wife in a nearby town. Sadly, the unexpected happens. The uncle, a grain merchant, as well as a womaniser, rapes Chini.

Thereafter, things go out of control, scarring the lives of several people.

‘The Silence’ is a deeply moving Marathi film, with an enormous intensity and sincerity invested in each scene. Made by award-winning director Gajendra Ahire, it stars Raghubir Yadav as Chini’s dad and Nagraj Manjule as the uncle. The story is told in flashback, with the voice-over belonging to Chini’s aunt.

At Kochi, sitting on a low sofa at the VIP Lounge of the Cinepolis, and sipping a cup of tea, is Ashwini Sidwani, the writer of the story. She belongs to SMR Productions, which makes television serials for Doordarshan. “There was a project I was researching, with a NGO called Majlis, which is run by [activist] Flavia Agnes,” says Ashwini. “We wanted to do one-hour stories of domestic violence. It was while doing this that I came across a true story of child abuse.”

So she wrote the screenplay. But when she narrated it in the office, her colleagues suggested that it would be better to make a film, rather than a television serial, which comes and goes. So she told the story to Gajendra who said yes immediately.

In the actual story, the child, who lives in Kolhapur, mentioned the abuse to her elder sister when she came on a visit from Mumbai two months later. They filed a police complaint. “But since it was done so late, the police were unable to gather any evidence,” says Ashwini. “The uncle vanished. Whenever anything happens, you have to lodge a complaint within 24 hours or before the victim has had a bath.”

To ensure that happens, parents should keep a sharp eye on their children. “If they sense something is wrong, they should question the child,” says Ashwini. “Often, they are too young to understand what is happening.”

The film is now doing the festival circuit. Many good Marathi films are being made now, including the unforgettable ‘Court’, which was India’s entry for the Foreign Language Oscar. And Ashwini puts it down to the encouragement by the state government. “If your film is selected for any festival, they give you a subsidy of Rs 30 lakh,” says Ashwini. “It is a big boost. So many talented filmmakers are venturing to make meaningful films.”

(The New Indian Express, Kochi and Thiruvananthapuram)
at December 29, 2015