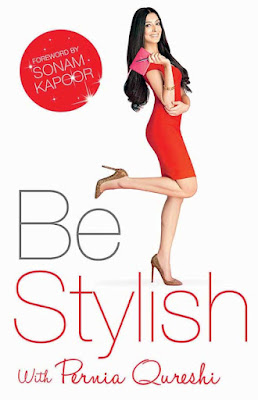 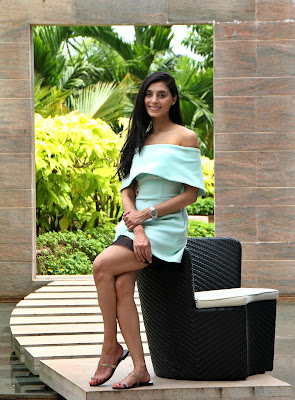 Photo of Pernia Qureshi by Albin Mathew
By Shevlin Sebastian
At the Crowne Plaza, Kochi, fashion entrepreneur Pernia Qureshi narrows her eyes as she watches a woman, clad in a dazzling white wedding gown, walk past, with her husband. “Congratulations, you look lovely,” she says. The woman blushes with happiness, and says a soft, “Thank you.”

Pernia, who had come to give a talk on retail sales, at the India Fashion Summit, last month, is always assessing design styles. That is because she runs a popular online store called 'Pernia's Pop-Up Shop'. Asked how she got the idea, Pernia says, “One day I realised that there was nowhere to shop online for high-quality clothes for Indian women. So I took the plunge four years ago.”

The name 'Pop Up' is American in origin. Originally, there were shops in America that appeared at a location for a short while, and then vanished. Pernia named her shop, 'Pop Up', because the collections are there for a little while and then she changes it and puts up new clothes.

She does her selection by following her gut feeling, after looking at the silhouette, cut, colours and what works best. “Indians love colour,” she says. “That's because we have so much of colour in our food, clothes and the environment. We are also taught by society that black or white is for mourning.”

But since this is luxury wear, the prices usually range anywhere from Rs 2000 to Rs 6 lakh. So far, 450 designers have been featured on the site. “The talent in India is amazing,” she says.

And the trends are changing. It is neither Indian or Western, but somewhere in the middle, which is how most people are living these days, she says.
One who has discerned this mood is top fashion designer Manish Malhotra. He started a trend by making a dupatta-less lehenga, along with a top. But this is a top that you can also wear with jeans and pants. “This is so easy for the girls to wear, and so comfortable,” says Pernia. “You could wear this to a ball in Paris, or a wedding at New Delhi.”
Interestingly, she says, it is not easy for an Indian woman to make a selection. “She is always aware of society,” says Pernia. “For example, if you are working in an office, you will have to dress in a certain way. If you belong to an orthodox family, you will have to dress conservatively. Religion plays a factor. When you are dressing up, in your mind, you have all these sub-conscious influences playing a role.” To provide clarity on this subject, Pernia wrote a book called 'Be Stylish with Pernia Qureshi'.

Pernia is stylish, as well as accomplished. Having done her schooling in Woodstock at Mussoorie, she did pre-law and criminal justice at George Washington University, USA. But Pernia realised that she loved fashion more. And she was lucky enough to get internships at top fashion magazines like 'Elle' and 'Harper's Bazaar' at New York. “It was the best foundation for me to start a career in the fashion industry,” she says.
After she returned to India, Pernia worked on the Bollywood film, 'Aisha' (2010), and designed the clothes of Sonam Kapoor and other stars, before she branched out on her own. She is also a Kuchipudi dancer, who has trained under the famous couple, Raja-Radha Reddy, and given hour-long recitals in many parts of India. Last year, she played the heroine in Muzaffar Ali's Hindi film, 'Jaanisar'.
In short, Pernia is a role model for what a woman can accomplish, if she has the drive, talent, and the capacity for hard work.

(The New Indian Express, Kochi and Thiruvananthapuram)
at October 12, 2016