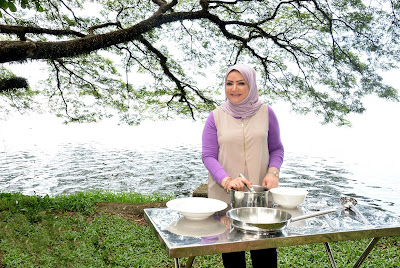 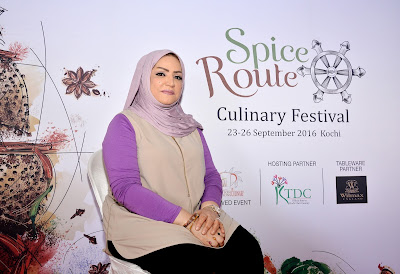 At the Crowne Plaza, Kochi, top Qatari chef Aisha Mohamad Al-Tamimi saw something in her curry that she had not seen before. When she looked up, she saw that people were chewing on it. So she did the same. And that was when she encountered drumsticks in a curry for the first time.

“I liked the taste a lot,” she says. “And I am planning to introduce it in one of our dishes.”

Aisha had come to Kochi recently to take part in the Spice Route Culinary Festival. She is a fan of all things Indian. On her long-running and popular 'Mawaed cooking show', on Qatar TV, she has always featured Indian food. They include all kinds of curries, chappatis, parathas, and biriyani from Delhi, Mumbai and Kerala, too.

“Qatari food is very much influenced by the Indian menu,” says Aisha. “In fact, it is similar. We make biriyani in the way that you do. This happened because centuries ago, there was trade between South India and Qatar through the sea.”

So, in Qatari food, there are a lot of spices, mostly from Kerala, like cinnamon, cumin, coriander, cardamon, nutmeg, black and red pepper.

Among the most popular items in the Qatari cuisine is Marguga, a traditional curry. “Vegetables and mutton or chicken is cooked,” says Aisha. “Then we knead flour, and make a thin bread. We put the marguga paste, along with sauce, inside the folded bread, and cook it for 20 minutes, until it becomes soft. It is a full meal.”

Another item is machboos. This consists of rice, mutton, onions, and tomatoes mixed with spices. Since the people live next to the Persian Gulf, there are also several dishes which consists of tuna, crab, lobster, and shrimp. “We also use different kinds of dates, which are available locally,” says Aisha.

However, the one difference from Indian food is that, in Qatari dishes, they add a dash of sugar. So, for the breakfast dish, Balaleet, the noodles or macaroni or pasta is cooked with sugar, cinnamon, saffron, and cardamom, along with an omelette placed on top.

For another breakfast dish, Habeesa, sugar is put on the semolina. “In fact, for many dishes, we add sugar,” says Aisha.

Unfortunately, as she ponders about the present eating habits of the native Qatari population, there is nothing sweet about it. “Nowadays, for breakfast, most people are having the Western menu of scrambled eggs, bread and cornflakes, because they are all so busy and don't have the time,” she says. “This is more so among the young people. I fear that one day they will lose touch with the traditional Qatari cuisine.”

So, on weekends, Aisha cooks Qatari dishes for her family. “My children love to eat, but they are reluctant to make it themselves,” she says. “They tell me that they tend to put on weight. Instead, they opt for European and international cuisine. It breaks my heart, at times.”