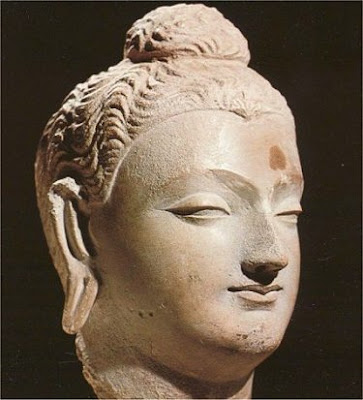 On his second day in Kochi, João Vicente Ganzarolli de Oliveira encountered a hartal. But he was not surprised. “Strikes happen all over the world,” says Ganzarolli, who has travelled to numerous countries. “I remember once I was stuck during a strike in Spain. It is a non-violent way to lodge a protest. Hence, it is popular.”

Ganzarolli, a professor and researcher of disability studies, at the Federal University of Rio De Janeiro, had come to Kochi to give talks on this subject to college students as well as health-care professionals. “My subject is the social integration of disabled people and how they can take the help of technology to function in a better manner,” he says.

Ganzarolli’s departmental head Prof. Antonio Borges has created a programme, Dosvox that allows blind people to read. “The written language is translated into sound,” says Ganzarolli. “So, a blind person can hear a whole book and attend courses in law, religion, politics, and other subjects.”

Another Borges device, called the Microfenix, allows people who cannot use their arms and legs to control the computer keyboard by blinking their eyes.  “Phoenix is a mythological bird, who is reborn,” says Ganzarolli. “For these people, it opens a window into a new life.”
And Ganzarolli has been promoting these technologies free of charge in India, because they have been sponsored by the Brazilian government.

Ganzarolli is especially keen that the disabled should be encouraged to create sculpture, music, and literature. “There are artistes, like Swapna Augustine, in Kochi itself, who can paint with her feet,” he says. “All these promote social integration.”

Meanwhile, when asked about the attitude of people towards the disabled, he says, “The majority are indifferent. They think, 'This is not my problem. It will never happen to me'.”

And he is especially disappointed with the young generation. “Too many of them have become slaves to technological devices like the mobile phone and the tablet,” says Ganzarolli. “The more they use it, the more self-absorbed they become. They feel as though they don't need anybody. When they see a disabled person, they just ignore him. Their attitude is, 'Why should I help? He has nothing to give me in return'. On the other hand, they will behave well with people from whom they can gain something.”

Apart from this, in many countries, the disabled are treated with cruelty. “In some parts of Indonesia, they are chained, and even put in cages,” says Ganzarolli. “In many areas of Africa, you can see disabled people being treated worse than animals.”

As for those disabled who want to do something, movement is perennially difficult. “In most places, there is a lack of proper pavements or ramps to access a bus, train or building,” says Ganzarolli. “Nobody thinks about them.”

It is not surprising that India, with its huge population, has 26 million disabled people (2011 figures). “But this may not be the actual figure,” says Ganzarolli. “The majority of the disabled remain hidden inside their homes, because of a lack of support, as well as self-belief and confidence. When you see a man on a wheelchair, he is already a winner in life.”

Interestingly, Ganzarolli, a reader of history, says that Emperor Asoka (268-232 BC) was a pioneer. “He created hospitals for the disabled,” says Ganzarolli. “However, in global terms, no institution can match the Catholic church for the help they have rendered to the disabled.”

Regarding his future plans, Ganzarolli says, “I want to set up a project, to help the disabled in India, with the support of the Brazilian and the Indian governments, as well as UNESCO.”

(The New Indian Express, Kochi and Thiruvananthapuram)
at October 03, 2016