The Magic Of Numbers 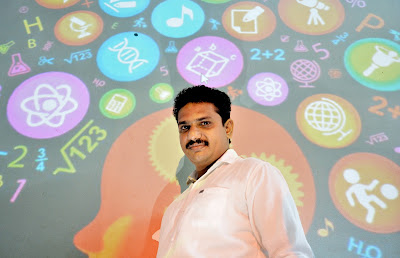 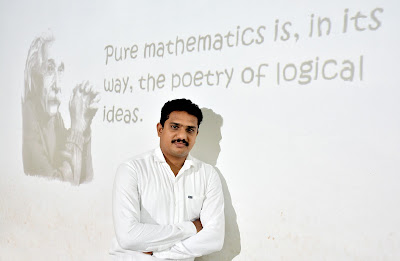 Vivek is a mathematics whiz kid. You can give him a single or double-digit number and he can multiply or add it at high speed, to itself and reach 11 and seven digits respectively. And this fascination with numbers happened when his father gifted him a Casio calculator when he was a Class 7 student at Alleppey.

But his turning point occurred when, one day, his Class 12 English teacher Fr. Titus Chullickal, asked the students about what they could think of regarding the number 7. While some spoke about the seven colours of the rainbow, and the seven continents, Vivek multiplied 7 by itself 7 times (7 x 7 = 49 x 7 = 343). And reached a 11 digit number. “Fr. Titus told me that I had an extraordinary talent,” he says. “That was a big boost to me.”

Today, as soon as Vivek awakens, he sees digits. “You look at the clock, or the calendar, mobile phone or cars,” he says. “We see numbers all the time, but we don't pay attention to it.”

But Vivek does. As a result, he hit the spotlight, in April, when he received the certificates of the Limca Book Of Records from Chief Minister Oommen Chandy for setting two records. The first was for the fastest continuous multiplication. Vivek was given the number 67 by the examiners, and he multiplied it five times (67 x 67 = 4489 x 67 = 300763....), in a space of fifteen seconds and got a 11 digit answer. The second award was for the fastest continuous addition. He added the number 23 nineteen times in 10 seconds.

And this is no surprise because Vivek is constantly practicing his skills. He says that students should also learn to do this, because it will be of benefit during competitive exams. “In an exam, the maximum time to answer a math problem is 56 seconds,” says this mechanical engineering graduate. “In that period, we have to read the question, find the solution and write it. But if your calculation is fast, you can reduce the time needed, and devote more time to the other questions.”

Meanwhile, Vivek is trying to spread the love of the subject through his ‘Mathemagics’ show. “I have performed in many schools and colleges in Kerala,” he says. “And the most amusing moment is when I ask students for a two-digit number, they will invariably say 99, because they think it is a very difficult number to multiply. But, for me, it is child’s play.”