“If you love your profession, it will love you back” – Mohanlal 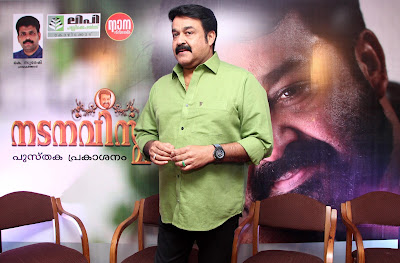 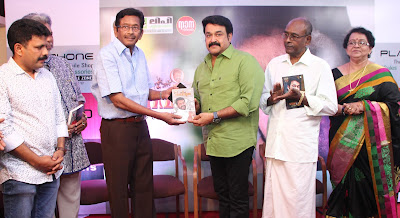 Photos by Albin Mathew
Once, during a film shoot, actor Siddique’s eyes became bloodshot as he experienced a splitting headache. It made him feel irritated. As he stood at one side, superstar Mohanlal came up to him and said, “I think you have a headache.” Siddique nodded. “I have a solution for you,” said Mohanlal. “Try to enjoy your headache. Close your eyes and say, ‘I am going to enjoy my headache’.”

A smiling Siddique says, “It was very good advice. As I was enjoying my headache, I noticed that the crew members were not enjoying it because I was shouting at them.”

Expectedly, the audience burst into laughter.

Siddique recounted this incident at a function at Kochi where a book on Mohanlal was released. Titled ‘Nadana Vismayam’, it is a compilation of articles which appeared in the Malayalam magazine, ‘Nana’. And all of them were about memories of Mohanlal by the people who were closely associated with him. The author is Nana senior journalist Suresh K.

Among the speakers was director Fazil, who said, “Mohanlal has entertained three generations of film-goers. In my estimate, he is in the top ten of world cinema. Sometimes, he has acted with his eyes, sometimes, with his face, sometimes with his body, and soul. Like Mammooty, he cannot be contained within the covers of a book.”

Said scriptwriter P. Balachandran, “In front of the camera, Mohanlal the person turns invisible and becomes the character he is playing. It is magic.”

The object of all this adulation looked resplendent in a green shirt, black trousers and shining brown shoes. Moved by all the tributes, when it was his turn to speak, Mohanlal said, “I have been on this journey of cinema for 37 years. All the people who are present here have helped me. I have always been committed to my work. I believe that if you love your profession, the profession will love you back. Finally, I have to thank God for everything that has happened in my life.”

The book has been brought out by Lipi publications and is priced at Rs 250.